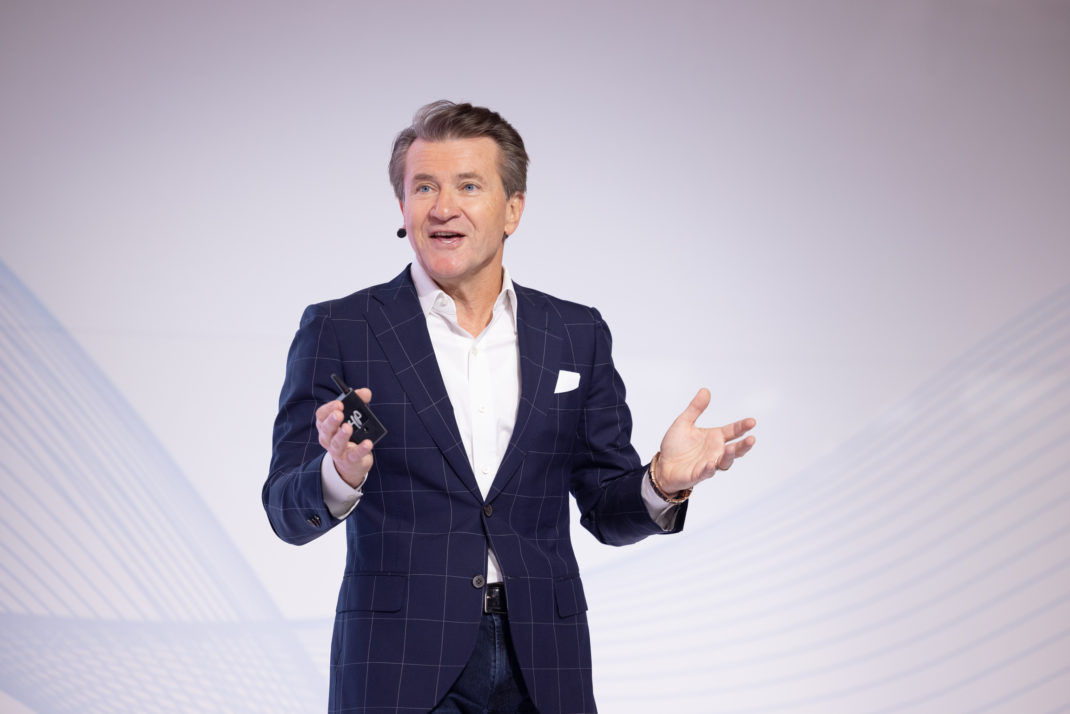 Qualys’ annual security conference returned to a live-only event this week at the Venetian Hotel in Las Vegas, and the keynote addresses started things off on a very practical note… about selling coconuts, toasters, and carbon monoxide detectors. The first two keynotes featured speeches from both Shark Tank celebrity businessman and CEO of Cyderes, Robert Herjavec, and Qualys’ President and CEO, Sumedh Thakar. Both spoke around the similar theme of qualifying and quantifying digital cyber risks.

I am doing near-time blogging of their show, and this was the first of a series of posts.

The second post was a recap of the first day’s events, and included highlights from some of their customers and product team as they took a deeper dive into TotalCloud.

The third post profiled the special launch of the Qualys Threat Research Unit, showing some of its research and how it compiles threat intel and works with various industry bodies to share this data.

The next post highlights some of Qualys’ customers who came to the event to tell some of their stories about how their companies have benefitted from their products.

My final post recaps the second day of the conference sessions and some of the more interesting aspects of various Qualys products.

AMD and Supermicro have asked me to help them build this new website that focuses on higher-end computing services. Topics include building computing clusters, taking advantage of GPUs to increase capacity and performance, and highlighting various case studies where this equipment plays a key role, such as with scientific computing and for academic research.

I wrote a series of blog posts at the SaltConf18 in September 2018. SaltStack is a devops automation, remote control and orchestration tool that has a great deal of power and is used in some very large enterprise networks managing hundreds of thousands of servers.I also wrote white papers about their technology and its applications.

Here are links to the various pieces:

— blog post of news announcements from day 1 of the conference

— I wrote this white paper which talks about typical use cases of the SaltStack Enterprise product and Salt’s key features.

— Understanding security automation in the context of the stages of grief

— The relationship of the digital and physical worlds has never been closer, a post about Cyndi Tetro’s session.

In August 2018 I was in Nashville, covering the RSA Archer Summit customer annual conference. Here are my posts about the show:

This is my second time at the major Citrix annual conference, and I will be posting regularly during and after the show. My first piece can be found here and covers what I heard from a new management team at Citrix. They introduced their vision for the future of Citrix, and the future of work. “Work is no longer a place you go, it is an activity and digital natives expect their workplace to be virtual and follow them wherever they go. They are pushing the boundaries of how they work,” said Citrix CEO Kirill Tatarinov.

My second post is on Windows Continuum. This puts the Windows 10 functionality on a lot of different and non-traditional IT devices, such as the Surface Hub gigantic TV, Xbox consoles, and Windows Phones. If you review the information provided from Microsoft, you might get the wrong idea of how useful this could be for the enterprise, and in my post I discuss what Citrix is doing to embrace and extend this interface.

My next piece is looking at several infosec products that were shown at the show, including solutions from Bitdefender, Kaspersky, IGEL and Veridium. Security has been a big focus at the show and I am glad to see these vendors here supporting Citrix products.

Speaking of security, one of the more important product announcements this week at Synergy was that the Secure Browser Essentials will be available later this year on the Azure Marketplace. This is actually the second secure browsing product that Citrix has announced, and you can read my analysis of how they differ and what are some things to consider if you are looking for such a product.

And here is a story about the Okada Manila Resort that was featured as a semi-finalist for the innovation award at the show. It was built on a huge site and is similar to the resort-style properties that can be found in Las Vegas and Macau. It will house 2,300 guest rooms when it is fully built and have 10,000 employees. Scott’s IT department has at least 100 of them full-time — plus contractors — to support 2,000 endpoints and numerous physical and virtual servers placed in two separate datacenters on the property. I spoke to the IT manager about how he built his infrastructure and some of the hard decisions he had to make.

At his Synergy keynote, Citrix CEO Kirill Tatarinov mentioned that IT “needs a software defined perimeter (SDP) that helps us manage our mission critical assets and enable people to work the way they want to.” The concept is not a new one, having been around for several years. An SDP replaces the traditional network perimeter — usually thought of as a firewall. I talk about what an SDP is and what Citrix is doing here.

Finally, this piece is about the Red Bull Racing team and how they are using various Citrix tech to power their infrastructure. Few businesses create a completely different product every couple of weeks, not to mention take their product team on the road and set up a completely new IT system on the fly. Yet, this is what the team at Red Bull Racing do each and every day.

One of the more fun gigs I have is being the blogger on the ground during an event, and posting commentary and analysis in near-real-time on the sponsoring company’s blog. Today I am in Austin, along with a few hundred other identity geeks from the world’s largest companies at the SailPoint Navigate13 user conference. You can read my posts here on SailPoint’s blog:

At the Navigate opening session today, SailPoint CEO Mark McClain spoke to how to future proof your IAM. He mentioned several tenets that the company keeps in mind while rolling out new products and Web services. First, it has to have a user interface that is consumer-grade dirt simple with friendly UIs and nothing to learn. Second, it should build in governance from the start. It should make use of the existing access roles and policies that are already created elsewhere in the enterprise. This is indeed how SailPoint has built its business over the years. “Anything we build should have a range of built-in analytics too.” Next, it should function across the entire applications domain, spanning public and private clouds and handle all on-premises servers, too.

In addition to this work, I also have written this about what I saw at the conference:

One of the largest insurers in the US was looking to roll out a new mobile app for its group insurance customers. Chris Woodman, an IT manager at the firm, described at Mendix World the process they went through and how Mendix was a key element to their success.

“In 2011, we wanted to develop a mobile app, but we didn’t know what we were getting into, and we had no previous mobile development experience,” he said. “Two months later we had our app deployed.” Mendix awarded the project as the outstanding effort of the year at the conference.

You can read more of my report on Liberty Mutual’s efforts from the Mendix blog here.

There are other entries that I authored during the show, and here are their links. Mendix definitely has an interesting story to tell.