When it comes to building online applications, you can build them with old tools and attitudes or with new methods that are purpose-built for solving today’s problems and infrastructures. Back in the days when mainframes still walked the earth, setting up a series of online applications used some very primitive tools. And while we have more integrated development environments that embrace SaaS apps running in the cloud, it is more of a half-hearted acceptance. Few tools really have what it takes for handling and automating online apps.

Today’s IT environments are in a constant state of flux and moving at an unprecedented velocity. The tools used to manage these environments weren’t designed for this level of complexity nor designed for rapid changes in resources. The modern data center requires juggling numerous open source repositories, handling multiple cloud providers, being able to rapidly scale up and down its resources, orchestrating changes and populating builds across multiple servers and services.

And matters are only going to become more complex. More non-digital businesses are moving into the cloud, creating new applications that make use of mobile devices that tie them closer to their customers, suppliers and partners. Digital-first vendors are adding features and integrating their websites with a variety of third parties that both increase their security risks and complicate their applications flow and logic. The old days of manual labor for handling these situations are looking more than ever like the days when we last made buggy whips.

Salt was initially created to handle remote execution across complex application development environments, allowing its users to execute commands across thousands of servers concurrently and automatically. But today we need more from our toolsets than just the ability to run code remotely. Since it began in 2012, Salt has expanded its role to thrive on a mixed open and closed source environment that spans cloud and on-premises infrastructures. Here are some typical scenarios for its use:

In each of these cases, the old-school manual methods are inadequate for reasons of time, accuracy, security, or just the sheer effort involving coordinating expensive and highly-skilled IT staffers. That is where Salt comes into play. Here are some of its key features.

Salt’s event-driven automation tools make these tasks much easier to programmatically happen, without a lot of manual operator intervention

Salt also understands orchestration and how the sequencing of various steps has to occur.  Salt can handle the necessary conditional logic that control the various configuration and installation steps.

It also contains cloud controls that can manage public, private, and hybrid clouds. It can extract the infrastructure layer, spin up VMs under certain conditions and with certain configurations. This makes moving from one cloud provider to another easier and less error-prone.

As we said earlier, Salt originally was created for remote execution tasks. It deploys both push and pull architectures. This differs from many other configuration management tools which make use of one or the other methods. Salt has the flexibility to mix both kinds, making scheduling and message-connected events simple. It addition, it can handle both agent and agentless options, to give its automation processes the maximum level of flexibility and support to the widest collection of endpoint devices, servers and services.

Finally, to support all these automated methods, Salt has solid configuration management features that can detect and manage a wide variety of circumstances. All of its scripts are written in Python, making them more accessible to a wider collection of developers who have learned this language. Other tools have their own proprietary scripting tools that have steeper learning curves. 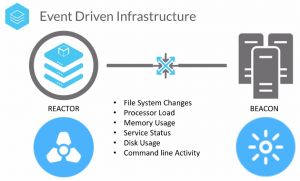 Salt is used by a wide variety of digital businesses to manage tens of thousands of VMs and physical servers, including LinkedIn and eBay. At the former, it is used to serve up massive amounts of data at very low latencies to improve usability. Salt enables ”us to quickly and dynamically provision caching layers for many of the services that make up our site,” according to that blog post. You should take a closer look at what they offer and how it can be deployed in your organization.