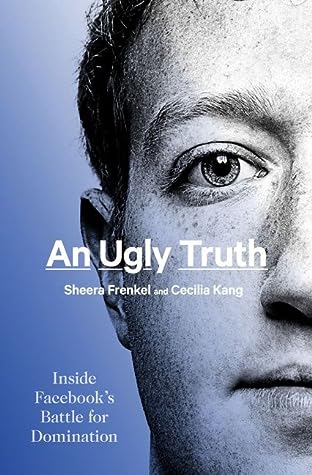 New York Times reporters Sheera Frenkel and Cecilia Kang have been covering the trials and tribulations of Facebook for the past several years, and they have used their reporting to form the basis of their new book, An Ugly Truth: Inside Facebook’s Battle for Domination. The book is based on hundreds of interviews of these key players  and shows the roles played by numerous staffers in various events, and how the company has acted badly towards protecting our privacy and making various decisions about the evolution of its products. Even if you have been following these events, reading this book will be an eye-opener. If you are concerned with your personal security or how your business uses its customer data, this should be on your summer reading list. The book lays out many of the global events where Facebook’s response changed the course of history.

My review of the book and some of the key takeaways for infosec professionals and security-minded consumers can be found here. 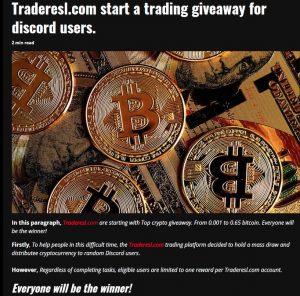 You may already have won! How many scams have begun with these words?

There is a new breed of scammers gaining popularity, thanks to the wild swings in the cryptocurrency market. I worked with Avast researcher Matěj Račinský who has tracked three different fake crypto exchanges, I show you some of the come-on messages, why their tactics are so compelling and — almost — believable — and how they ply their criminal trade, including phony news sites announcements (as shown here).

You can read more about these scammers, and ways to avoid them, in my blog post for Avast here.

First off, mea culpa for sending out that test message earlier this month. As you might have guessed, I have moved everyone to a new listserv (still using Mailman after all these years) at Pair.com, and things seem to be working. LMK if you want to be removed or have your address updated or have issues with the mailings.

Last week was not a quiet week in Lake Wobegon, where all of my sources are above average. I flew for the first time domestically on business, and (unlike the fictional town) the flights and airports were crowded, but everyone was masked up and behaving, thankfully. The trip was to visit the Cyber Shield exercises held at the Utah National Guard base outside of Salt Lake City. I was staying on the base across the street from the monster NSA data center that you can see in the background.

The Guard story is posted here on Avast’s blog. I write about how the Guard is using live cyber ranges to train its cyber soldiers and the very realistic scenarios it is using. The dedication of the 800-some participants during this two-week event was amazing to see first-hand, and I appreciated all the time the Guard took to explain what they were doing and give me some of their stories of how they got involved with both the Guard and how it related to their careers in cybersecurity.

I also wrote another post for Avast about the Pegasus Project that was the work of security researchers at The Citizen Lab in Toronto, the Security Lab of Amnesty International in Berlin, and the Forbidden Stories project in Paris. Pegasus is a surveillance tool sold by the Israeli private firm NSO Group. It can be deployed on both Apple and Android phones with incredible stealth, to the point that targets don’t even know it is there.

The three groups examined phones from 67 people and found 34 iPhones and three Androids had contained traces of Pegasus – about a third of these had evidence that Pegasus had successfully compromised each phone. What was interesting was two items: First, one of the hacked iPhones was running the most current version of iOS. Second, many of the targets show a very tight correlation between the timestamps of the files deposited by Pegasus and particular events that link to the monitoring of the victim. Someone was very interested in these people, which ranged from politicians to journalists, someone who was a client of NSO and could target their tool to these people.

Several years ago, one of my contacts showed me the power of Pegasus on a test phone at my office and it was scary how easily the spyware could collect just about anything on the phone: texts, pictures, IP addresses, phone contacts, and so forth. If you want to read more about this project, several media outlets have written stories about it and are linked in my Avast blog.

Since I am in self-promotions mode, you might also want to check out some of my other work that I have written recently:

nth, I had the unique opportunity to observe the National Guard conduct its cybersecurity exercises at Cyber Shield 21. This is perhaps the largest training effort of its kind, with more than 800 people across the U.S. taking part. It uses a series of real-world threats to train its “cyber warriors”. For the first time, the Guard took advantage of a virtual cyber range that the Department of Defense developed with more than a dozen contractors. It was an interesting experience, and it busted a few of my long-held myths about our military and demonstrated the value of public-private partnerships.  It was inspiring to see so many dedicated men and women who are willing to give so much time to support this effort, year after year.

You can read my full report for Avast’s blog here.

Mitre has created the D3FEND matrix to explain terminology of defensive cybersecurity techniques and how they relate to offensive methods. It is a common language to help cyber defenders share strategies and methods. It is a companion project to the company’s ATT&CK framework.

The goal is to figure out if vendors are using different ways to try to solve the same problem, such as verifying a particular (and potentially malicious) code segment. D3FEND could help IT managers find functional overlap in their current security product portfolios and guide any changes in their investments in a particular functional area, as well to help make them better defensive decisions to project their cyber infrastructure.

You can read more about Mitre’s D3FEND and its promise here in a post for CSOonline. 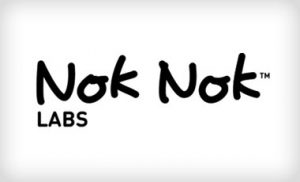 Nok Nok Labs came into being, a decade ago and is having its’ moment in the spotlight. The company has seen the FIDO standards become adopted around the globe, in some cases with very large scalable deployments that involve millions of end users and sold more than 500M key pairs. Along with helping to assemble the beginnings of the FIDO Alliance, Nok Nok engineers were co-creators of this now well-established set of authentication standards and have continued to innovate (with 50 patents filed), integrate and improve upon them in the past decade.

They are now one of the leaders in providing passwordless authentication, which now signifies a bona fide market segment, all thanks to FIDO protocols which make it easier for companies to transition, deploy, and manage a more secure solution that is focused on stronger security and privacy.

You can read my post on Nok Nok’s blog here. 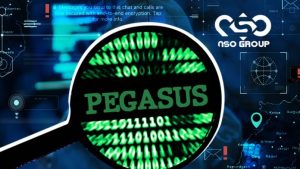 Earlier in July, a group of security researchers revealed that they had been working together to uncover a widespread surveillance of journalists, politicians, government officials, chief executives, and human rights activists. The tool of choice for these activities was the Israeli NSO Group’s Pegasus, a tool that can be deployed on Android and Apple smartphones with a great deal of stealth. In this blog post for Avast, I explain the collaboration, link to various media reports about what they found out, and ways that you can protect yourself — although the chances that you will become a target of this spyware are pretty slim.

For many years, cybersecurity companies have invested in building sensor networks and detection capabilities to build a greater understanding of adversaries’ tactics, ever-changing techniques, and the threats posed to the world’s internet community.

One of the critical foundations of protecting all uses of the internet is for the security defenders to better understand what malicious activities look like and how to stop them. With that backstory of gaining greater insight, many security companies must not only understand their own data but also learn and share with others doing the same.

In my latest blog post for Avast, I take a closer look at two threat data sharing standards, STIX and TAXII.

I have written a series of blog posts to help developers improve their security posture.

As developers release their code more quickly, security threats have become more complex, more difficult to find, and more potent in their potential damage to your networks, your data, and your corporate reputation. Balancing these two megatrends isn’t easy. While developers are making an effort to improve the security of their code earlier in the software life cycle, what one blogger on Twilio has called “shifting left,” there is still plenty of room for improvement. In this guide, I describe what are some of the motivations needed to better protect your code.

Many developers are moving “left” towards the earliest possible moment in the application development life cycle to ensure the most secure code. This guide discusses ways to approach coding your app more critically. It also outlines some of the more common security weaknesses and coding errors that could lead to subsequent problems. In this post, I look at how SQL injection and cross-site scripting attacks happens and what you can do to prevent each of them.

Application security testing products come in two basic groups and you need more than one. The umbrella groups: testing and shielding. The former run various automated and manual tests on your code to identify security weaknesses. The application shielding products are used to harden your apps to make attacks more difficult to implement. These products go beyond the testing process and are used to be more proactive in your protection and flag bad spots as you write the code within your development environment. This guide delves into the differences between the tools and reviews and recommends a series of application security testing products.

If you’ve been following Amazon’s move towards having physical storefronts, you probably have seen the news about a series of different types of retail stores they have created, including bookstores, grocery stores, general merchandise stores, and shops selling prepared food. Add to this along with the fact that they’ve owned Whole Foods Markets for the past four years. In my blog post for Avast, I take a closer look at the way that these Amazon outlets collect customers’ money, how they access their data, and some of the privacy implications tied to Amazon’s “Just Walk Out” technology. These stores and technology take the collection of shopper data to the next — and perhaps creepier — level.