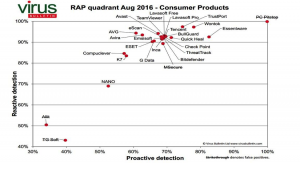 In this post for CSO Online sponsored byPC Pitstop, I dive into some of the ways that malware can hide from detection, including polymorphic methods, avoiding dropping files on a target machine, detecting VMs and sandboxes or using various scripting techniques. I also make the case for using application whitelisting (which is where PC Pitstop comes into play), something more prevention vendors are paying more attention to as it gets harder to detect the sneakier types of malware.

As more banking customers make use of mobile devices and apps, the opportunities for fraud increases. Mobile apps are also harder to secure than desktop apps because they are often written without any built-in security measures. Plus, most users are used to just downloading an app from the major app stores without checking to see if they are downloading legitimate versions.

Besides security, mobile apps have a second challenge: to be as usable as possible. Part of the issue is that the usability bar is continuously being raised, as 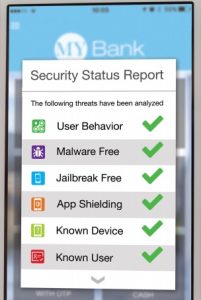 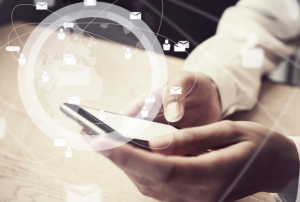 Today most of us go about implementing security from the outside in. The common practice to define and then defend a perimeter isn’t viable any longer. With the added complexities of more mobile endpoints, agile development and more sophisticated malware, better protective methods are needed.

In this white paper I wrote for VASCO , I describe a method that is gaining traction by defending the actual apps themselves using runtime self-protection. RASP, as it is called, comes from a Gartner 2012 report, but is catching on with several vendors, including Arxan Technologies, HPE App Defender, Immun.io, Lookout App Security/Bluebox, Prevoty, Vasco Digipass for Apps, Veracode and Waratek.

RASP can be a solid defense and a way to isolate and neutralize a potential threat, so you can operate your business safely in these uncertain environments.

As mentioned in Andrew Showstead’s blog post last month, the National Institute of Standards (NIST) has come out with a ruling on its digital authentication guidelines. They state that many types of SMS messaging as a second authentication factor (2FA) should now be considered insecure. This is actually not news. There have been numerous insecurities and hacks and other SMS 2FA compromises, starting with this 2012 hack of Wired author Mat Honan. Since then, Wired has put everyone on notice about insecure SMS 2FA and there is this FireEye blog post about combining SMS and phishing attacks. And one well-known digerati got his phone hacked by having the attacker just call his cell provider to change his SIM number.

In any case, the NIST document and the implied underlying decisions both require further explanation.

First off, the NIST ruling isn’t set in stone. It is a ‘preview,’ which means they are still collecting comments, and their document and their recommendations may undergo revision. Interestingly, you can submit your comments on GitHub here. That represents a big change for NIST, and they should be applauded for trying to use the open source community natively. As they posted, “It only seemed appropriate for us to engage where so much of our community already congregates and collaborates.”

Second, if you are going to comment, you should probably start with reading this blog post from Paul Grassi, a senior standards and technology advisor at NIST. The original document linked above is a difficult read, even for the most technical among us. For example, one of the NIST terms used is that SMS as an authentication factor is “deprecated.” What is that? Grassi says “you can use this puppy for now, but it’s on its way out.” Meaning that federal agencies should start exploring other 2FA options, or puppies in his parlance.

Speaking of federal agencies, while this NIST stuff is going on, the Social Security Administration didn’t quite get the right memo. They announced in late July that beginning immediately, anyone using their website to track their retirement benefits or communicate with the agency will be required to enter a cellphone and use a SMS message as an additional authentication factor when logging into their account.

Ironically, the agency claims it is doing this to adhere to federal standards just at the same time that NIST is trying to raise the bar on those same standards. As you might imagine, security analysts have already weighed in. Brian Krebs says the move by SSA “does not appear to provide any additional proof that the person creating an account at ssa.gov is who they say they are. The new measure does little to prevent fraud.” Krebs does give the agency props for using other authentication methods at the time a retiree sets up an account, but still there are weaknesses.

Third, Grassi makes some other good points, one of which being that not all SMS services are created or operate equally and not all of them are tied to actual physical cell phones. There are some virtual VOIP numbers (think Google Voice) that can forward texts to anywhere and anyone. Or that text messages can show up on the locked cellphone screen, so that the user doesn’t even have to have possession of his or her phone to enter the appropriate code sequence. That is part of the issue around sending an SMS one-time password (OTP) as an additional authentication factor. It no longer becomes “something you know” but is just “something else that you know.”

Finally, with all the hue and cry about the NIST document, we tend to lose sight that sending an SMS for OTP is still better than having no additional authentication factors. “For normal people, 2FA is still going to limit the ability of an attacker to intercept or alter both your password and your SMS code,” says Violet Blue writing in Engadget recently.

Does this mean that SMS OTP is dead? Not quite. Certainly, as several security experts quoted in a recent SearchSecurity article say, the move by NIST is long overdue. SMS authentication shouldn’t be the sole second factor. There are better authentication methods, such as the Vasco Digipass Go and Crontosign products mentioned in Showstead’s blog post, and numerous other efforts with using selfies and photos too.  The key takeaway? You need multiple authentication factors now more than ever, and SMS should be one of them, but not the only one.

The web browser has become the defacto universal user applications interface. It is the mechanism of choice for accessing modern software and services. But because of this ubiquity, it puts a burden on browsers to handle security more carefully. 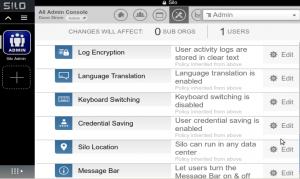 Because more malware enters via the browser than any other place across the typical network, enterprises are looking for alternatives to the standard browsers. In this white paper that I wrote for Authentic8, makers of the Silo browser (their console is shown here), I talk about some of the issues involved and benefits of using virtual browsers. These tools offer some kind of sandboxing protection to keep malware and infections from spreading across the endpoint computer. This means any web content can’t easily reach the actual endpoint device that is being used to surf the web, so even if it is infected it can be more readily contained. 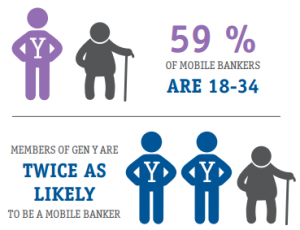 The new “my way” work style and the demand for on-the-go access to any service from any device and virtually any location requires that you bring your best encryption game with you when you’re on the move. This is especially true for the group of people often labeled Gen Y, or 20-somethings. Why? Because they are so digitally native and so used living their lives with instant access to their money, their friends, really anything that they do. As they are so steeped in technology, they tend to forget that there are lots of folks online who want to steal their identities, empty their bank accounts, and cause other havoc with their digital lives. But Gen Y is also more likely to use mobile banking than their elders, and more likely to go elsewhere if banks do not offer the mobile services they desire.

For a white paper for Vasco, I wrote about the challenges around providing better and more native authentication technologies for Gen Y and indeed, all users.

The market for hyper-converged systems is quickly evolving. Traditional storage infrastructure vendors remain the largest installed base, but software-defined and hyper-converged storage providers represent the fastest growing market segment, with some of the latter vendors rapidly increasing their market share.

This get-up-to-speed guide posted here will help you navigate the hyper-converged infrastructure options.

Virtual desktop infrastructure, better known as VDI, is undergoing a new life. A few years ago, it was plagued by lackluster user experiences and cost overruns. Now, thanks to an injection of new technology and better implementations, there’s a lot to like. Faster, cheaper technology has made it an interesting option for companies seeking a way to support flexible, work-from-anywhere environments.

How does this transformation happen? This get-up-to-speed guide posted on ITworld explores how VDI can help organizations navigate shifts in business, and user needs.

Making a case for moving legacy apps to the cloud is becoming easier, with the biggest driver being the ability to shift costs from capital to operating expenses, which can save money. Also, renting capacity rather than owning servers and network infrastructure allows more flexibility in how computing resources are provisioned, enabling workloads to be matched to demand. Quick provisioning is key: New servers can be brought up in the cloud in just minutes, not only making it easier to improve availability but also enabling more flexible disaster recovery mechanisms.

This get-up-to-speed guide explores the key approaches to migrating legacy apps to the cloud, and the value each can bring to your business. You can download my guide here.

DataCore’s comprehensive storage services stack has long been known for harnessing ultra-fast processors and RAM caches in x86 servers, for superior performance and enterprise-class availability. It now comes in a compact, hyper-converged package that is ideal for transactional databases and mixed workloads. DataCore Virtual SAN software is available for a free 30-day trial. It runs on any hypervisor and your choice of standard servers.

We tested DataCore Virtual SAN in May 2015.

For information on DataCore’s SANsymphony-V Software-defined Storage Platform, check out our other video here.

And for a copy of our white paper on hyper-converged storage, download our paper here.