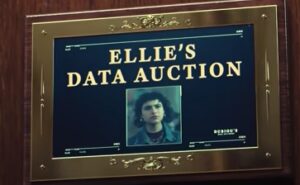 Have you seen this new TV spot from Apple called “Data Auction”? It is really bugging me. I must have seen it about 50 times on various streaming services. While it does a great job of showing how your personal information is being traded by data brokers, it takes tremendous license with its visual elements and how its iOS operating system actually works.

Apple has been improving its privacy protection over the past several years, so I give them some props for trying. But unless you are determined and really patient, fixing your phone (or other fruit-filled device) up the way you’d like it to preserve your privacy isn’t simple, and chances are you’ll probably get it wrong on the first try.

Apple’s commercial touts new features that they have added to iOS over the past couple of years: the ability to prevent third-party apps and advertisers from tracking your movements, including across your app portfolio, browsing and through using its Mail app. They both can eventually be found in the Settings/Privacy/Tracking screens. As we watch our hapless actor “Ellie” wander into her data auction, she fortunately has her iPhone at hand and is able to zap the auction audience into smoke with the press of A Single Button. Too bad that isn’t the actual iOS interface, which has a very confusingly labeled slider “Allow Apps to Request to Track” that should be off if you want to do the same thing (data oblivion). There is another button that Ellie used to rid her emails of trackers.

Okay, it is a very effective commercial. And I am glad that Apple has taken this approach to help users’ privacy. But why not use the actual UI? And better yet, why not hide it three menus deep where few can find it?

Apple has some interesting developments for iOS 16 that will be out later this fall, including one called “Safety Check” that Elllie will really love, especially if she has an abusive partner or a cyber stalker. Maybe if they use the same actor we can get a more faithful representation of what real users will have to do.