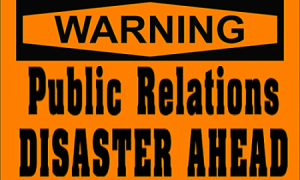 This week we take a moment to reflect on the past year’s major PR blunders. Thanks to the folks at Crain’s Chicago Business, we have five doozies to relive with you. They run the gamut from Hallmark’s lesbian bridal spot to Sallie Mae’s Hawaiian junket to the various missteps of Boeing’s now ex-CEO.  All have a few things in common:

You can listen to our podcast here: