Iran has been in the news alot lately. And there have been some excellent analyses of the various hacking groups that are sponsored by the Iranian state government. Most of us know that Iran has hacked numerous businesses over the years, including numerous banks, the Bowman Dam in New York in 2013, the Las Vegas Sands hotel in 2014, various universities and government agencies and even UNICEF. When you review all the data, you begin to see the extent of its activities. It is hard to keep all the group names distinct, what with names like Static Kitten, Charming Kitten, Clever Kitten and Flying Kitten. (This summary from Security Boulevard is a good place to start and has links to all the various felines.) Check Point has found 35 different weekly victims, and their latest analysis shows that 17% of them are Americans. Half of the overall targets are government agencies and financial companies.

To get a more detailed analysis of the various groups, Cyberint Research has published this 30-page document that describes the tactics, techniques and procedures used by ten such groups, matching them to the MITRE ATT&CK threat and group IDs. The group IDs are useful because different security researchers use different descriptive names (the Kitten ones come from CrowdStrike, for example). 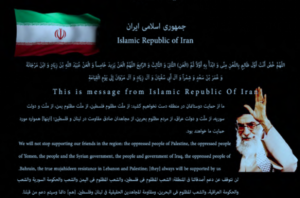 What comes out of reading this document is pretty depressing, because the scale of Iran’s efforts is enormous. They are a very determined adversary, and they have taken aim at just about everyone over the past decade. Part of the problem is that there are many private hackers who are taking credit for some of the attacks, such as the recent defacement of the Federal Depository Library Program, although “hacker culture in Iran is gradually being forced into submission by the regime through increasingly controlled infrastructure and internet laws, and recruitment to state-sponsored cyber warfare groups,” according to a report from Intsights.

And a recent news report in the Jerusalem Post says that Iranian hacking is getting increasingly more sophisticated and broadening their targets  The story cites two former Israeli government cyber agents that claim Iran is now using Chinese hacking tools in their attacks, which can be useful if Iran wants to confuse the attack origins. According to these sources, Israel gets more than 8M daily total cyber attacks.

To add insult to injury, other attackers are leveraging these threats by using them as a phishing lure, sending a message that pretends to be from Microsoft and asking you to login with your credentials. (A word to the wise: don’t.)

The US National Cyber Awareness System through CERT issued this alert last week. They recommend that you have your incident response plan in order and have the key roles delineated and rehearsed so you can stem any potential losses. Lotem Finkelstein, head of Check Point’s cyber intelligence group, agrees: “You should ensure that MFA is enabled and you brush up your incident response plans.“ Other suggestions from CERT include limiting PowerShell usage and log its activities, make sure everything is up to date on patches, and ensure that your network monitoring is doing its job.

Digital Shadows, a security consultancy, also has plenty of other practical suggestions in this blog post for improving your infosec. They recommend being able to keep lines of communication open and help your management understand the implications and risks involved. You should also have a plan for potential DDOS attacks and work through at least a tabletop exercise if not a complete fire drill to see where you are weakest.

Iran is a formidable foe. If they haven’t been on your radar before now, take a moment to review some of these documents and understand what you are up against.