Technologists tend to forget the lessons learned from the immediate past, thinking that new tech is always better and more advanced than those dusty modems of yesteryear. That is why a new book from MIT Press on Minitel is so instructive and so current, especially as we devolve from a net-neutral world in the weeks and years to come. Much as I want to be tempted to discuss net neutrality, let’s just leave those issues aside and look at the history of Minitel and what we can learn from its era. 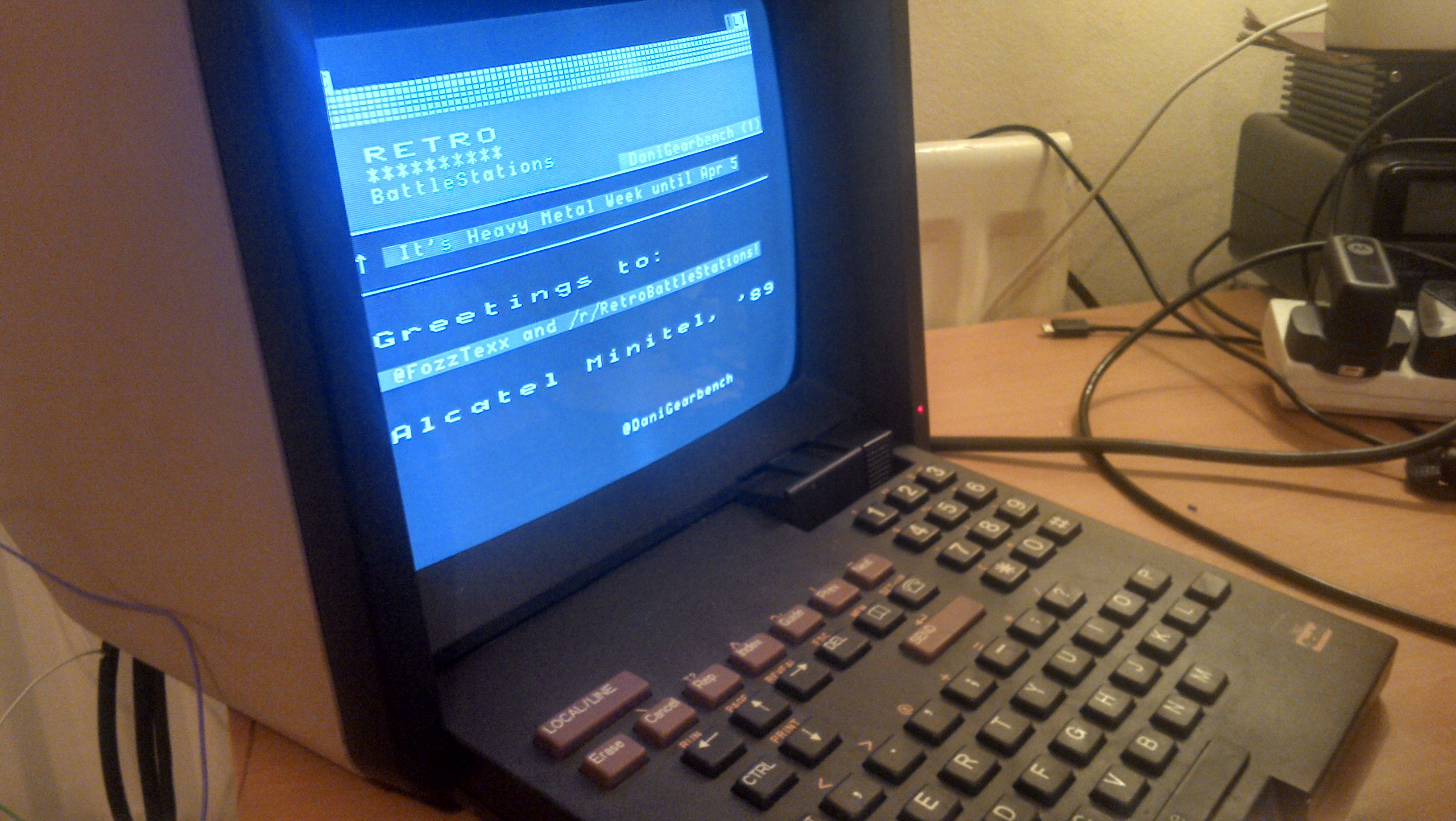 Minitel? That French videotext terminal thing from the 1980s and 1990s? Didn’t that die an ignominious death from the Internet? Yes, that is all true. But for its day, it was ahead of its time and ahead of today’s Internet in some aspects too. You’ll see what I mean when you consider its content and micropayments, network infrastructure, and its hybrid public/private ownership model. Let’s dive in.

Minitel was the first time anyone figured out how to develop a third-party payments system called Kiosk that made it easier for content providers to get paid for their work, and laid the foundation for the Apple App Store and others of its ilk. It presaged the rise of net porn well before various Internet newsgroups and websites gained popularity, and what was remarkable was that people paid money for this content too.  It was the first time a decentralized network could hook up a variety of public clients and servers of different types. Granted the clients were 1200 bps terminals and the network was X.25, but still this was being done before anyone had even thought of the Web. It was the first public/private tech partnership of any great size: millions of ordinary citizens had terminals (granted they got them free of charge) well before AOL sent out its first CD and before the first private dot coms were registered. The authors call this “private innovation decentralized to the edges of the network.” This is different from what the Internet basically did beginning in the middle 1990s, which was to privatize the network core. Before then, the Internet was still the province of the US government and had limited private access.

Minitel made possible a whole series of innovations well before their Internet-equivalents caught on, sometimes decades earlier. The book describes a whole series of them, including e-government access, ecommerce, online dating, online grocery ordering, emjois and online slang, electronic event ticketing and electronic banking. When you realize that at its peak Minitel had 25,000 services running, something that the Web wouldn’t reach until 1995, it is a significant accomplishment.

Minitel wasn’t all rainbows and unicorns. Like AOL, it was a “walled garden” approach, but in some aspects it was more open than today’s Internet in ways that I will get to in a moment. It had issues being controlled by a nationalized phone company.

Certainly, the all-IP Internet was a big improvement over Minitel. You didn’t have to provision those screwy and expensive X.25 circuits. You could send real graphics, not those cartoon ones that videotext terminals used that were more like ASCII art. Minitel was priced by the minute, because that is what the phone company knew how to do things. Certainly, the early days of the Internet had plenty of 1200 bps modem users who had to pay per call, or set up a separate phone line for their modems. Now we at least don’t have to deal with that with broadband networks that are thousands of times faster.

One side note on network speeds: Minitel actually had two speeds: 1200 and 75 bps. Most of the time, the circuits were set up 1200/75 down/up. You could send a signal to switch the speeds if you were sending more than you were receiving, but that had to happen under app control.

So what can we learn from Minitel going into the future? While most of us think of Minitel as a quaint historical curio that belongs next to the Instamatic camera and the Watt steam engine, it was far ahead of its time. Minitel was also a cash infusion that enabled France to modernize and digitize its aging phone infrastructure. It was the first nationalized online environment, available to everyone in France. It proved that a state subsidy could foster innovation, as long as that subsidy was applied surgically and with care.  As the authors state, “sometimes complete control of network infrastructure by the private sector stifles rather than supports creativity and innovation.”

When we compare Minitel to today’s online world, we can see that the concept of open systems is a multi-dimensional continuum, and that it is hard to judge whether Minitel and the Internet are more or less open.  As we begin the migration of a neutral Internet infrastructure to one that will be controlled by the content providers, we should keep that in mind. The companies that control the content have different motivations from the users who consume that content. I do think we will see a vastly different Internet in 30 years’ time, just as the Internet of 1987 is very different from the one we all use today.

1 thought on “Lessons learned from the Minitel era”