Skip to primary content
What I will take away from 2020 — apart from the worldwide pandemic and my own health issues that had nothing to do with it — is how Facebook solidified its position and the primary incubator for hate groups. And despite repeated attempts to try to prove otherwise, it continues to fan the flames of hate from both sides of the political spectrum. Instead of helping free speech, it is poisoning the world with its memes and encouraging like-minded people to join in its toxic spew. 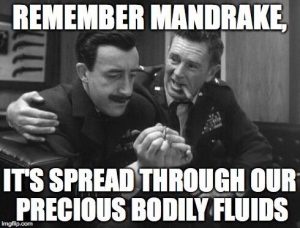 This piece by Adrienne LaFrance in the Atlantic goes further, saying that Facebook has become the embodiment of the “doomsday machine,” first made popular during the Cold War and the central plot device of Dr. Strangelove, a movie we should rewatch in this new context. “Facebook does not exist to seek truth and report it, or to improve civic health, or to hold the powerful to account,” she says. “It has the power to flip a switch and change what billions of people see online. No single machine should be able to control so many people.”
Does Facebook cater more towards the left or right of the political spectrum? Earlier this month, we were treated (if you’ll forgive me) to both Zuck and Jack Dorsey being grilled by the Senate Intelligence Committee. (Here is the coverage by the NY Times.) Half of the questions asked by the Republican Senators were about censoring conservative voices and what political parties were supported by their staffs. “Facebook and Twitter have maintained that political affiliation has no bearing on how they enforce their content moderation rules,” said the Times. I would agree: they support hate from both sides of the political spectrum.
If you examine Kevin Roose’s Top 10 list of Facebook posts on Twitter, you can see if you go back to before the election that these lists were dominated almost completely by right-wing groups. More recently it has been more evenly split right/left, but still there are days where only a couple of the top 10 are from moderate or lefty outlets. This article from October documents how Facebook routinely sets rules for content moderation, then breaks them in favor of posting right-wing viewpoints. This has resulted in an outsized reach and engagement, which eclipse more centrist or left-leaning POVs.
Going back to the summer of 2019 when there was that White House right-wing blogger summit, we saw a marked spike in their support as documented by the Washington Post.
B

ut this issue is getting to be old news. Just this past week, Facebook put up this web page, accompanied with full-page newspaper ads claiming that they are on the side of small businesses. They are going after Apple’s attempt to eliminate tracking cookies and make your mobile activities more private. Apple has proposed a pop-up warning when it detects a cross-site cookie, with this mockup. One analysis of the conflict says this illustrates Apple and Facebook’s different approaches to privacy and whether endusers or advertisers will foot the ultimate bill. Regardless, the irony and shameless factor from both companies is too much.
I usually come to this point in my posts where I offer some suggestions. Sadly, while our Congress continues to ask the wrong questions, there are no easy ways out of this. And even though we have destroyed many of our nuclear warheads, with the billions of us fueling social media’s every moment, there are far too many silos that are distributed across the planet, ready to launch their hateful rhetoric at the push of a button.

4 thoughts on “Who benefits most from Facebook: the right or the left?”