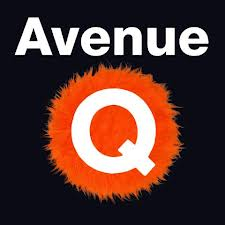 I am not a big fan of conspiracy theories. As my wife has suggested, this practical reason makes more sense to me: the number of folks that have to be in on the secret have to be a very large number. It is far easier to just explain the “theory” as baloney.

Let’s talk about one of the biggest conspiracies sweeping the world right now, QAnon. Its adherents are a very scary bunch. It has gotten so popular that now they have hijacked what were normally causes for good, such as using  the #SaveTheChildren hashtag (as explained by the NY Times) to organize and recruit new members. They are so popular that a software development conference with a similar name has received registrations from people who can’t code. Last summer the FBI identified QAnon as a potential domestic terrorism threat, linking the group to the Tree of Life shooter.

“QAnon is a baseless internet conspiracy theory whose followers believe that a cabal of Satan-worshipping Democrats, Hollywood celebrities and billionaires runs the world while engaging in pedophilia, human trafficking and the harvesting of a supposedly life-extending chemical from the blood of abused children,” wrote The Guardian in a post earlier this summer. If you recall the whole PizzaGate fiasco a few years ago, that was their heretofore most infamous moment. (You can find references to that on your own.)

I will give you a lay of their landscape, and assure you that my hyperlinks go to legit sources that hopefully won’t amplify their messages of hate. And they have nothing to do with the delightful musical referenced in this image here.

Their membership, from various accounts, appears to be catching on. There are dozens of Republican congressional and local races with avowed QAnon supporters, including a couple running in safe districts that will most likely get elected. That is pretty depressing. One reason for their popularity is social media, which makes it easy for potential members to find like-minded individuals in their area to connect with. Facebook banned many QAnon groups in mid-August. When Twitter took similar action in July, it limited reposting features for approximately 150,000 accounts and banned more than 7,000 accounts outright.

But here’s the problem: banning this reprehensible speech isn’t the best solution. Unlike the “shouting fire in a crowded theater” (not that any theater right now is even close to crowded), these groups aren’t so easily silenced or adjudicated in a courtroom. The problem with an outright ban is that this almost always encourages the QAnon supporters to find other places to post their garbage and attract new followers. What is needed is to leave the original post (usually a video) and attach a piece debunking their claims. What Twitter did was to also downrank the Tweet and preventing any reposting. “This creates one location that can be used to offer debunking content, both as a pre-roll on the video and in the recommended next videos,” says Renee Diresta here. She goes into more detail in a Wired piece where she documents the path that many conspiracy adherents take, calling them Cult 2.0. She writes, “The social platforms are still behaving as if they don’t understand the dynamics at play.”.

Sadly, our cancel culture has made the problem worse. We need to operate with a more granular mindset if we want to prevent these hate groups from spreading. It is too bad that Facebook can’t seem to figure this out.

10 thoughts on “What is QAnon and why should you care?”