When we get emails from our CEO or other corporate officers, many of us don’t closely scrutinize their contents. Phishers count on this for their exploits. The messages often come around quitting time, so there is some sense of urgency so we will act before thinking through the consequences.

Here is an example of a series of emails between “the boss” (in reality, the phisher) and his subordinate that happened in November 2017. You can see the growing sense of urgency to make a funds transfer happen, which is the phisher’s stock in trade. According to FBI statistics, this type of fraud is now a $12 billion scam. And yes, the money was actually sent to this attacker.

The blog post mentions several different situations that are common with this type of fraud: 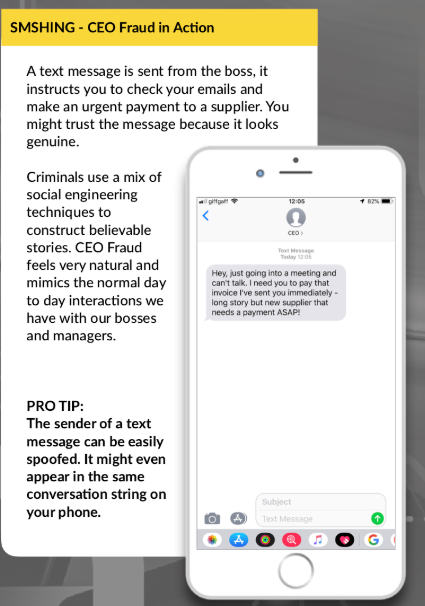 A new blog post by Richard DeVere here provides some good suggestions on how to be more vigilant and skeptical with these emails.

The bottom line: be wary and take a breath when you get one of these emails.