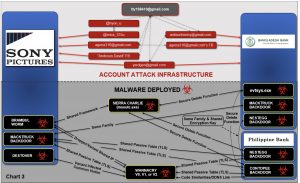 Last month the US DoJ unsealed this indictment of a North Korean spy Park Jin Hyok that they claim was behind the hacks against Sony and the creation and distribution of Wanna Cry. It is a 170+ page document that was written by Nathan Shields of the FBI’s LA office and shows the careful sequence of forensic analysis they used to figure out how various attacks were conducted. In this post for CSOonline, I talk about some of the implications for IT managers, based on the extensive details described in the indictment.