In just a few years,a lot has happened in the Cloud Access Security Broker (CASB) market. 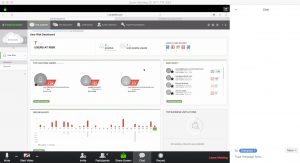 Most of the main-line security vendors have purchased CASB solutions: Oracle (Palerra), IBM (Gravitant), Microsoft (Adallom), Forcepoint (Skyfence), Proofpoint (FireLayers), Symantec (Skycure) and McAfee (Skyhigh Networks). The three independent vendors still standing include CipherCloud, Netskope, and Bitglass. The market has matured, although this is a matter of degree since even the longest-running vendors have only been selling products for a few years. It has also evolved to the point where many analysts feel CASB will be just as important in the near future just as firewalls once were back in the day when PCs were being bought by the truckloads. Gartner predicts that by 2020, more enterprises will use CASBs than not, which represents a big jump from the 10% that used them at the end of 2017.

Four things also helped the CASB cause: First was its quick learning curve by security personnel. Second was that they became more inclusive in terms of applications support. Third was the beginnings of a managed service provider business, and finally, multimode operation has become more prevalent.

In this story for CSOonline, I talk about what are these products, why enterprises are motivated to purchase and deploy them,  what features you should look for that are appropriate for your network. what are your decision points in the purchase process, and links to many of the major CASB vendors.