Back before we had nearly universal broadband Internet in our homes, the only safety electrically-powered device that we had to worry about was to replace the batteries in our smoke detectors every six months. With the Internet of Things, we now have a lot more capabilities, but a lot more worries. 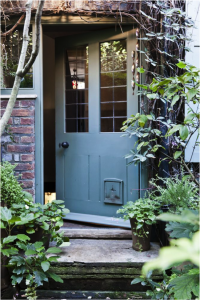 Some friends of mine have 23 connected devices to their home network: a Nest thermostat, security cameras, Alexa, smart TVs, network printers, gaming systems, smart watches and their computers. I am sure I have forgotten a few others. All of them can be exploited and used for evil purposes. Think of them as that back door to your home that is wide open.

This exploit for smart TVs was a news item last year. It uses a special digital broadcast signal to gain access to your TV’s firmware. I have been trying to update my firmware for weeks with no success, but I guess hackers are more adept. Still, this is a major concern for IoT devices both in the home and in the workplace. Many device makers don’t have any firmware update mechanism, and those that do don’t make it easy or automatic for users to do it. And devices are usually not monitored on corporate endpoint protection tools, which are usually designed for Windows, Mac and Linux machines.

Part of the problem is that the number of IoT devices continues to climb, with estimates in the tens of billions in the coming years. These devices are seemingly everywhere. And they are an attractive target for hackers. Hajime, Mirai, Reaper, Satori and Amnesia are all IoT-based malware that has been seen in the past couple of years. The hackers understand that once you can discover the IP address of a device, you can probably gain entry to it and use it for evil purposes, such as launching attacks on a corporate target or to leverage access to a corporate network to steal information and funds.

So what can you do? One friend of mine is so concerned about his home network that he runs his own firewall and has two different network-attached storage devices that make copies of his data. This enables him to get rid of having any data on his computers and removes all at-risk programs on them to further secure them. That is probably more than most of us want to do, but still it shows the level of effort that you need to keep things safe.

If you aren’t willing to put this much effort into your home network, here are a few easier steps to take. First, make sure you change all of your devices’ default passwords when you first install them – if you can. Some products have a hard-coded password: if security is a concern, toss them now. Second, if you don’t have a firewall/router on your home network (or if you are using the one supplied by your broadband provider), go out and get one. They now cost less than $100 and are worth it if you can take the time to set them up properly to limit access to your networked devices. Next, make sure your Wifi network is locked down appropriately with the latest protocols and a complex enough password. If you have teenagers, setup a guest network that limits their friends’ access.

Granted, this is still a lot more work than most of us have time or the patience for. And many of us still don’t even replace our smoke detector batteries until they start beeping at us. But many of you will hopefully be motivated to take at least some of these steps.