I came across an interesting series of blog posts from employees at the company called Buffer. They make an app that allows you to concurrently post to various social media accounts. (I know, a crowded market space). What caught my attention was the use of the term “defaulting to transparency” — meaning that the corporate credo is to be as open as possible in all of its operations. I first thought, they can’t be serious. But they are and they do practice what they preach and so should you. 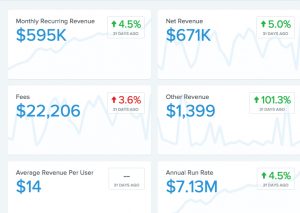 Buffer shares its formula for calculating every employee’s salary, and even publishes and updates the spreadsheet showing you who makes what. All of their SaaS metrics are public (see the dashboard at right). While the company is private, they share which investor paid for what piece of equity, the number of customers, what their annual revenues are, and so forth. That is pretty impressive.

Transparency isn’t a new thing: Google has had its transparency report since 2010, and even links to other companies’ reports here. But that is mainly how they respond to subpoenas and other government requests for information, although there is a great report showing you how much of Gmail is encrypted to other providers. But what Buffer and others are doing is a more personal nature, more directly tied to their corporate ethos and culture. They use transparency as an asset to recruit and retain the best people working for them all over the world. Another example of their transparent culture: emails between two or more staffers get cc’ed to a special departmental group inbox, where anyone can examine their content. Each employee gets a Jawbone fitness monitor and the results are available for anyone to see how you literally live your life, including how much sleep you get every night. They have other tools that allow anyone to track other kinds of progress reports on a daily basis too.

Certainly, they aren’t alone in doing this. I asked my friend Gabe Lozano, the CEO of Lockerdome, what he thought of these ideas. He is fully on board. He told me, “In terms of transparency models, there is no one size fits all for any organization. We have found that transparency drives accountability, which drives results.” They have set up a series of reporting processes that gets communicated through a regular morning stand-up meeting (meaning no one has time to sit down, which moves things along) and a weekly meeting where written reports and product demos are shared with everyone.

The co-founder of Buffer said this a few years ago in a post: “Transparency isn’t all rainbows and unicorns. It was actually incredibly nerve-wracking to make the company more transparent. Before we made all salaries public knowledge in the company, I was terrified.” But he got over that, and now, “the power of transparency is that it drives us to be better—to create a company that’s both great and good.” You can’t argue with that.

While I wish more companies were as transparent as Buffer and Lockerdome, you can’t force it, especially if you have a CEO who isn’t a believer or who has problems with trust issues. But it certainly is a worthwhile goal.

1 thought on “Defaulting to transparency”