In one of my favorite movies, Wag the Dog, we declare a fictional war on Albania in an attempt to manipulate a presidential election. While the movie (which was made 18 years ago) posits a ridiculous scenario, it is coming of age in today’s era of ubiquitous Internet and inexpensive video editing and social media aggregation tools. 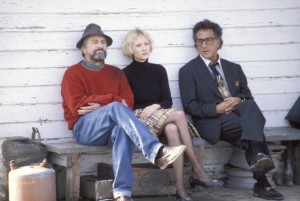 According to Adrian Chen’s article in the New York Times, a secretive Russian agency has been fabricating various events for both American and Russian audiences using very similar “Wag the Dog” scenarios. Chen finds You Tube videos, fake Twitter accounts by the truckload, and phony websites and other postings that seem to all come from this agency. The effort is so realistic that many people are fooled into thinking its fabricated disasters, conflicts, and other newsworthy events are real, rather than the work of some clever and dedicated troll army.

Call it life imitating art 2.0. What took the prowess of a Hollywood producer (played superbly by Dustin Hoffman) and a studio back lot can now be done with a few clicks of a mouse and the right voice actor narration. Thanks to social media, it is easy to get something as a trending topic that is all a complete fabrication.

Russia seems to excel at truth-bending: witness the made-up details about the crash of MH17 in Ukraine. Whether you believe the plane was targeted by the Russians or the Ukrainians or just an accident, a year later it is still hard to tell.

Back with the real World War II we had squadrons of mis-information groups that didn’t have access to the Internet and personal computers. But they still managed to invent some amazing stories. If you want to read about one of them, try Agent Garbo, which accounts about the real life of one spy who managed to trick the Germans into thinking the Allied D-Day landings were happening elsewhere. And it all was done through the sheer force of his personality too.

Is it too much to hope that reporters should be doing this for a living and helping matters? Well, at least some of them now get trained in using tools to verify social media posts. This is a great start but there are still lots of reporters that get duped. It reminds me of my favorite media hoaxster, Joey Skaggs, who has made his living trying to fool the mainstream press over the years. (You can read about some of his exploits here.)

So a lesson from all this is to be more skeptical, I guess. And in Wag the Dog, Hoffman’s character says, “It’s the best work I’ve ever done in my life, because it is so honest.” Truer words were never spoken. Trust, but verify.

1 thought on “Wag the Dog, online and updated”