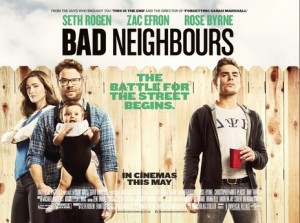 The PC server market has been a fairly boring one for the past several decades. Sure, they contained things like specialized Xeon CPUs and lots of memory modules and could attach to big storage arrays. But the for most part, buying a server meant having just something bigger than you had on your desktop. Those days are about to change with the new servers available from Rackspace and the Open Compute Project.

To show you that this is far from a new idea, do you remember the Tricord? I am not talking about the thing carried around on Star Trek. Instead, this was a server unit made in the middle 1990s. It came with eight CPUs, could hold 3 GB of RAM and nine half-height drives, along with lots of redundant power supplies, controller boards and other high-end features. All this went for $70,000. That’s right, they weren’t cheap either.

Nowadays the notion of a 3 GB PC is what you would find as a minimum desktop configuration to run Windows, and most servers have hundreds of GB of RAM installed. But again, the design of a PC server hasn’t really seen much change. Until now.

Facebook started the Open Compute project several years ago, in the hopes that they could encourage some innovation for the kinds of hardware that they were building for their own data centers. These customized servers were stripped down models that were designed to run in the cloud, not on your desktop or even in your own data center.

The project saw some major milestones this week with several announcements at the Gigaom structure show. There is an opportunity for anyone to have their own cloud-oriented server, as announced from Rackspace this week at the event.

Why is this important? It represents a big moment for servers, taking steps to finally move beyond the original PC architecture that began in the early 1980s. It is a way for Rackspace to offer an entire server that previously was only available as a compute or storage instance for cloud customers. It is also a way to get around the “bad neighbor” problem that faces many cloud apps, where another greedy server instance can hog server resources and make life miserable for your own app.

The servers are from Quanta and called OnMetal and come in three different version that are focused on CPU, storage or RAM. If you have to build an Internet service that is going to need a lot of firepower, you might want to take a closer look.

2 thoughts on “The new open compute servers are here”