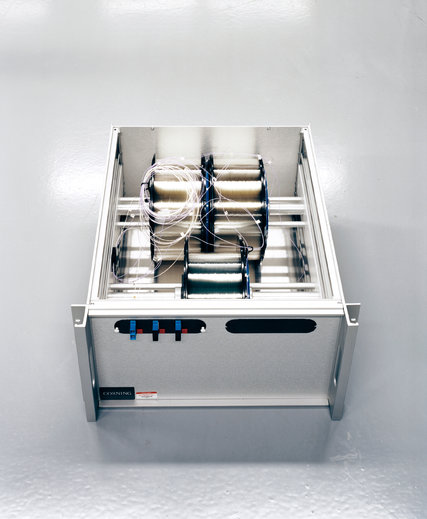 It is ironic that the same thing that got Chris Christy in trouble – delaying traffic into Manhattan — is being used by others to build a multi-million business. I am talking about network traffic for stock traders. Perhaps you have seen the stories about them based on Michael Lewis’ latest book Flash Boys.

In the celebrated George Washington “bridgegate” fracas, it was delays introduced by closing various on-ramps to the bridge. In the case of the stock market, it was delays of 350 microseconds that made high-frequency trades more equitable across exchanges.

Wait a minute, come again? Adding in latency is a good thing? Yes, that is another irony of the situation. A company called IEX developed a technique where they slow down the trades so that the exchanges can get the trading requests at the same time. This means that exchanges closer (in terms of connection time) to the Big Apple trading desks can’t trade a few microseconds ahead of the others. The technique IEX developed is basically a big spool of fiber optic cable that is 35 miles long (pictured above), the length it takes a beam of light to traverse 350 microseconds. The problem is that the biggest trading exchanges are located at different peering points in New Jersey, with some being up to 35 miles apart from others, at least in terms of how their packets are routed. Another irony: these locations were chosen so that the exchanges would have as little latency as possible to gain access to the trading data streams (see the map from the New York Times below).

It is probably the first time that anyone was deliberately introducing more network latency to improve their business that I have heard of. Many of us have spent a good chunk of our careers trying to cut down on latency issues: I can remember when I rolled out the first PC local area network application at MegaLith Insurance back in the middle 1980s. The file transfer app that normally took a few seconds to get from one point to another across our mainframe network now took tens of minutes. That wasn’t a good thing.

Programming professor Donald Knuth wrote in one of his seminal books how “programmers waste enormous amounts of time thinking about, or worrying about, the speed of noncritical parts of their programs.” (Thanks to Dave Methvin of jQuery Foundation for uncovering this quote.) And in the world of high-frequency trading, a company called Spread Networks invested hundreds of millions of dollars building a fiber connection from Chicago to NYC a few years ago, only to find that a microwave network could shave even more time off their latency figures.

So we have the Internet to thank for introducing all kinds of unpredictable latencies into our apps and drive us nuts trying to track down the culprit. Now lower latency has been productized, thanks to the smart guys at IEX. Maybe the next step will be for the traders to actually colocate their offices on top of the major peering points themselves: that could actually work for cutting down on the times of some New Jersey commuters, too.