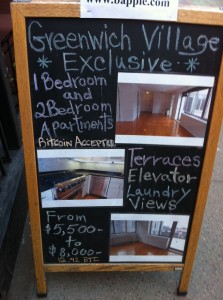 Most of us have lived and worked in a single country and don’t think anything of being paid in anything other than that country’s currency. But we now exist in a global village, and that means that we have choices for our money supply. This is the area that Bitcoin and its ilk are now operating in.

The brave new world of independent money is upon us, and this time I think it is going to take hold. We tried this before with all the digital cash variants in the mid-1990s: a combination of the Internet boom and the rise of internationally accepted credit cards nipped those efforts in the bud. One good thing to come from all of that work was Paypal, which while not new money is the default way that many online transactions happen.

But what is different about today’s money that will make it stick? For one thing, there is already a lot of it in circulation: Bitcoin alone has already topped a billion or so US$. This has motivated some criminals to follow the money: witness the high-tech bank heist of Mt. Gox not too long ago. But they aren’t just trying to steal the digital coins; criminals are also making a big effort to use these new currencies for their own transactions. This is always a great endorsement for the legitimate use of any currency. (Which is why a US$100 bill is worth a bit more than 100 George Washingtons in Russia.)

You have people asking to be paid in Bitcoin for all sorts of things now, including over-priced New York City apartments (see the photo above), vending machines, restaurants, overpriced electronics and other mundane activities. It is somewhat counter-intuitive, but the same thing happened in the early Paypal days too.

Finally, these new efforts have important payment gateway applications, and that is what I want to really focus on. While Bitcoin et al. are getting a lot of attention for their seamier side, what is really happening is that they are attacking the overpriced payment transfer business. Look at how much it costs you for an international money order, or a wire transfer? What if we could drive these costs to near zero, and make it easier for anyone to pay anyone? That is the ultimate benefit of Bitcoin.

When I get paid by Paypal, it is in US$ and the funds don’t stay in my account for very long. I look at that account as a mechanism to collect money that is ultimately destined for my ordinary business checking account, which is where I pay bills and pay my ultimate salary. In the past, when I have worked for non-US clients, there has always been a dance about the process of being paid: sometimes the client has a dollar bank account that they can draw a check on, other times I can get sent funds via Paypal. And sometimes people ask me to bill them via their credit cards. Wouldn’t it be easier if I could have a service that handled these transfers easily and cheaply and reliably?

Bitcoin might not be the ultimate place that I will do my banking. Given its wide swings in exchange rates, I am not sure that I would trust having much of my funds in Bitcoin at the moment. Ideally, I would want a system that could accept transfers from a wide collection of currencies, including dollars and Euros, just to make sure that I cover as much of my potential audience as I could. I started looking into Ripple, which has a more inclusive philosophy, but its universe is also more complex to evaluate.

Unlike many of my columns, I am still doing research here. I don’t have any definitive answers, and these new forms of money might go the way of their older virtual cousins in another year or two. But it is interesting to watch what they are doing nonetheless.

5 thoughts on “Why Bitcoin isn’t just for criminals”