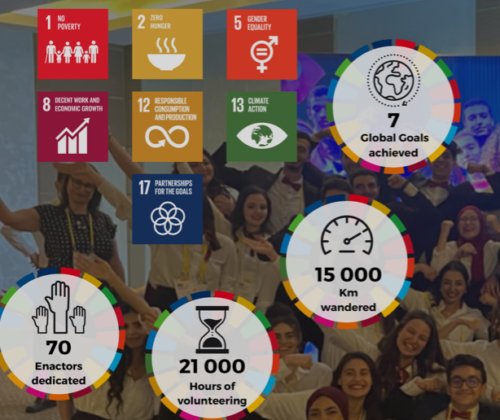 Once again I had an opportunity to judge several collegiate entrepreneurial efforts as part of the Enactus 2022 world cup competition. I was a virtual judge at last year’s competition and wrote about my experience then. This time around I was working with four teams, each of which had rather innovative ways to make and sell cattle feed. Now, such a mundane topic you wouldn’t think much of, and you would be wrong. I didn’t get to judge the ultimate winner, a team from Egypt. But I was impressed with the Tunisian team from the Higher Institute of Computer Science of El Manar. You can see their Enactus Report document here. What was impressive about the Tunisian students was how focused they were on solving several problems with their venture. First, they wanted to eliminate the use of imported corn and soy feedstocks that were very expensive for the ultimate feed product. They wanted to make use of by-products for human food production that could be used in animal feeds, and increase the nutritional value of the feed to provide better health and muscle production. Their project generated a net income of US$25,000 with 40 farmers using the feed that was a third cheaper than the existing commercial feed, produced entirely with Tunisian sources. They have plans to expand their project to neighboring countries next year.