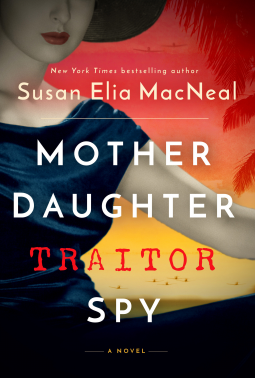 The novel tracks pretty closely to the real-life mother/daughter duo that lived in LA in 1940 and spied on a group of American Nazis who were organizing various meetings and propaganda efforts before we officially entered WWII. The two infiltrated the group, taking notes and names and eventually providing the details to the FBI. What is interesting about this story is how many parallels we have with present-day America, and the power of disinformation and hate to polarize and energize the general public. The mother/daughter duo — who have German heritage — have various adventures as they try to keep up appearances and convince the Nazis that they are genuine sympathizers, even though they want nothing to do with them. Coming on the heels of the new Ken Burns documentary about American’s role during this period, it presents some thought-provoking choices that were made.