Could it be that we have witnessed the last of the Zuck World Apology Tours? Technically, his last one was in 2018, after the Cambridge Analytica scandal (which I wrote about on my blog here). But the Facebook executive – and his minions – have been apologizing frequently since then. Kara Swisher writes in her last week’s NY Times’ column, “What’s most revealing is the persistence of the tired old, so-so-sorry, we’ll-do-better excuses that Facebook’s executives trot out when the company is called out for its destructive products.” This was in the context of some recent bad news about Instagram, but still.

In Swisher’s column, she points out that Marc Benioff, the Salesforce CEO, told her back in 2018 that “Facebook is the new cigarettes. It’s addictive. It’s not good for you.” Now this remark seems eerily prescient. Yesterday, the Times ran a story about how Facebook will be pushing more positive stories about itself in its news feed in attempts to burnish its image. Called Project Amplify, it is doing what it does best: tweak its algorithm to present its own warped world view. This comes after a series of other failures to use various large-scale manual efforts to monitor and control how it spreads information. 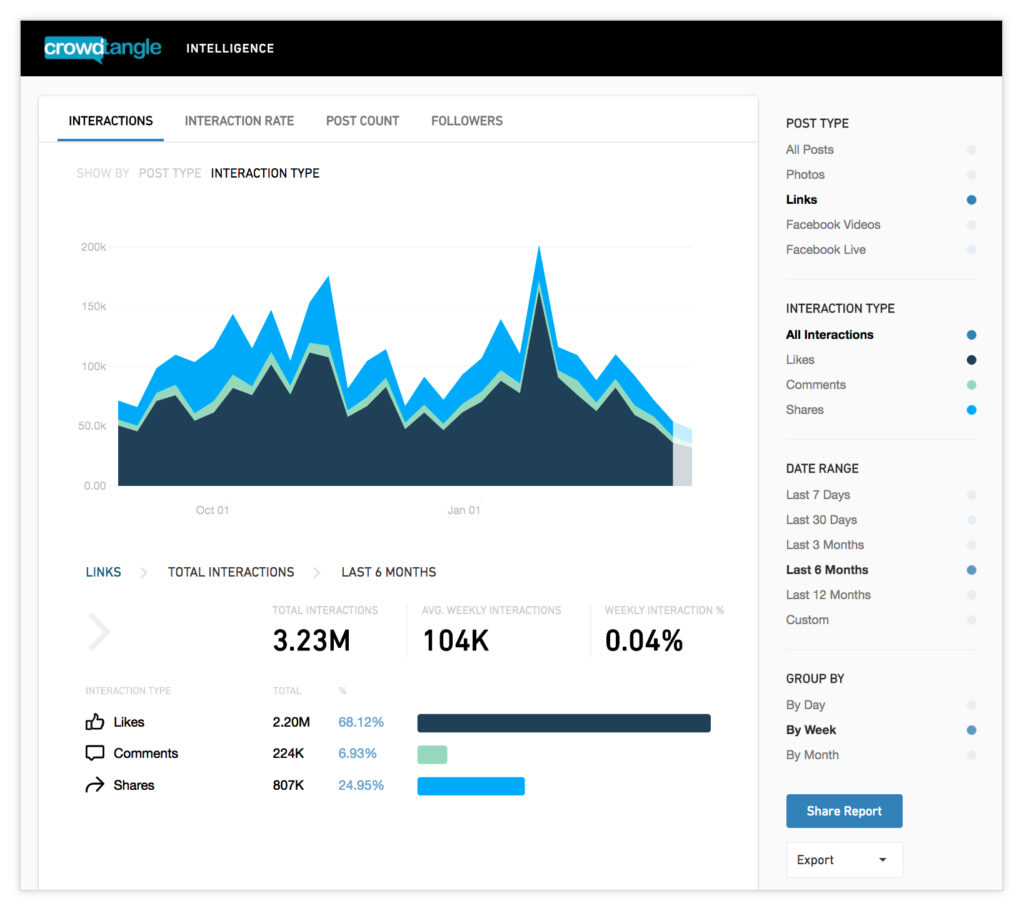 One of the tweaks is to break up the data analytics team behind its CrowdTangle offering. This used to be the domain of data nerds and a few selected social media managers at major news outlets and retail brands. For example, here is a promotional piece that NBC News did on how they used the tool to identify individuals who post particularly poignant pieces on their news feeds. The tool was acquired back at the end of 2016 and its small development team was kept more or less intact until earlier this year. The developers explain it makes engagement on public content from various pages and groups within Facebook, Instagram account posts and other content more discoverable for researchers.

“CrowdTangle is a good resource for the right question such as large-scale text and image analysis but it is limited in its focus on public pages, which isn’t appropriate for my research,” says Zachary Steinert-Threlkeld, an Assistant Professor at UCLA.

But the top Facebook brass didn’t like the results of its analysis, as Kevin Roose explained (in another Times piece entitled, “Inside Facebook’s data wars”) how he constructed his “Top 10” Twitter list of most engaging Facebook posters using CrowdTangle. He still produces these lists daily, and they vary widely across various familiar and unfamiliar names. Roose pointed out how his Top 10 lists were frequently filled with conservative opinion leaders such as Ben Shapiro, Dan Bongino and Sean Hannity.

Facebook has tried to be transparent and continues to fail. It has this idealistic vision of being the online town square where ideas can flow freely. That may be the case in one corner, but the folks who shout the loudest and buy the digital equivalent of ink by the barrel are only interested in their own world view and the spread of misinformation. Its leaders suffer from toxic positivity, where they think their company can do no wrong.

As newspapers have become endangered species, we now have a new target, the addictive and unhealthy social media. As one gruesome warning label in Australia claimed about smoking, using social media can cause blindness and irreversible eye damage. Sad to say, Benioff was spot-on years ago.