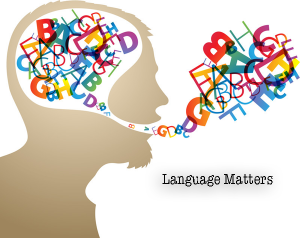 Last week Volkswagen tried and failed at an April Fool’s prank that involved changing its name to “Voltswagen” in recognition of its belated line of electric vehicles. The name change was confirmed through its press channels before Volkswagen eventually revealed that it was “only” a joke. Only a lot of people in the media weren’t laughing, believing that they had been manipulated as part of a marketing stunt.

The issue once again emphasized how tone-deaf companies can be in light of their reputations (Remember the whole diesel stats fiasco?) This brings up the topic of how to be cautious about your choice of language. The issue is particularly relevant in this time of hyper-sensitivity to issues of race, gender and disability.

An older article on The Hill has several examples of neutral language, such as using “pro-life” rather than “anti-abortion” to describe sides of that sensitive issue. My podcasting partner Paul weighs in on a recent experience he had writing an article about autism in the workplace: many of those folks prefer to be called “autistics people” rather than “people with autism.” The latter approach, called “individual first,” is favored by people with disabilities but autistic people don’t consider themselves to be disabled. Language has been widely used to shape the gun debate as well.

We’re seeing corporations increasingly weigh in on social and political issues and the need to be sensitive to special interests has never been greater. The most recent example is voting rights bills that are being considered by various statehouses. Several large companies have weighed in on the issue, with language ranging from blunt in the case of Delta Airlines to Microsoft’s more nuanced approach. And media, who likes a good fight, has largely overlooked the numerous bills that expanded rather than restricted these rights, something that the Brennan Center has tracked extensively.

You might want to take some time to review these links to understand how much language matters these days and to think twice about how you express your corporate position. You can listen to our 15 minute discussion here: