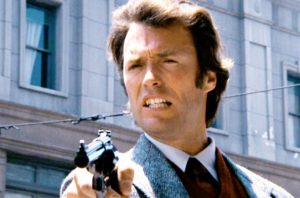 I have a confession to make: I have never fired a gun. I don’t own any firearms, and the closest I came to having a gun was when I was growing up my brother was a member of the high school rifle team and we had some old thing. But a friend of mine, whom I will call Harry, is a gun owner. Indeed, he now owns nine different ones: a mixture of rifles and handguns, revolvers and semi-automatics. Given that he lives in New Jersey, he can’t easily carry them — either concealed or openly — and has to carefully transport them from his home to the various ranges that he shoots competitively.  Yes, he is a real gun advocate now.

And did I mention that he is your stereotypical Jewish liberal from the northeast? “For 50 years, I didn’t think anyone needed guns. But now I feel differently.” Harry is your typical suburbanite: has two adult children. Neither of whom — nor his wife– are very interested in using his guns, although his daughter has shot one of his weapons to impress her boyfriend, who is looking for a career in law enforcement.

Harry bought his first gun, a HK 9 mm, back in 2016, just after Trump started winning various primaries. “I figured if he got elected, he could set the country back 50 years. And with all his turmoil and racist language, I wanted to be able to defend my own home. I was afraid that my family would be one of the first targeted, since we are Jewish.” His first gun had a magazine for 15 rounds, but he had to give that up because New Jersey changed their law to restrict magazines to just 10 rounds. “There is a lot to know legally,” he told me. “And our state has a lot of restrictions, so the liberals who say we need more regulations don’t understand the wide variation in different states.” Exactly: here in Missouri, we have more liberal gun laws. He does have concealed carry permits for Virginia and Florida, and has a variety of reasons for obtaining those permits in these places.

The other issue for Harry is the amount of time it takes him to actually get a gun. “It took me a long time to register and obtain a permit — it was supposedly to be less than 30 days but now it takes longer because so many people want guns,” he told me. “And when I actually walk into a store and buy my gun, it used to take just a few minutes to do the background check, but now it takes as long as a week.” There are millions of new gun owners as a result of Biden’s election, interestingly. And if he were to go to an out-of-state gun show, many of the sellers don’t want to bother selling him anything, since it has to be shipped to a licensed gun dealer in New Jersey.

Harry has spent nearly $9000 over the years, on all of his weapons and on a stockpile of more than 15,000 rounds of various ammunition. You might think he is part Doomsday prepper, but he tells me that when he shoots at the range, he could easily go through 300 or so rounds, and because he is Jewish, he buys in bulk. (Sorry, just had to put that in there.) He has met plenty of other Jews on the range.

He is also an NRA member, but he doesn’t fully support their political positions. He became a licensed instructor. “I wish they would stick to their training — which is excellent — and did less of their political BS,” he told me.”But not all of us gun owners are planning to revolt against the government either.”

Harry is also a lifelong Democrat, and has never voted for a Republican presidential candidate. But he also decries the left-wingers that populate his party, and thinks they are off base. “I absolutely hate Trump, and can’t stand him as a person or as a candidate. I actually find him nauseating. But many of the press stories are just not true,” he told me.

Yes, we have more guns than people here in the US. And Harry is certainly an example of how that is possible. But you can’t paint every gun owner on the same canvas.