Take a look at the image below. It has been reposted thousands of times on social media. 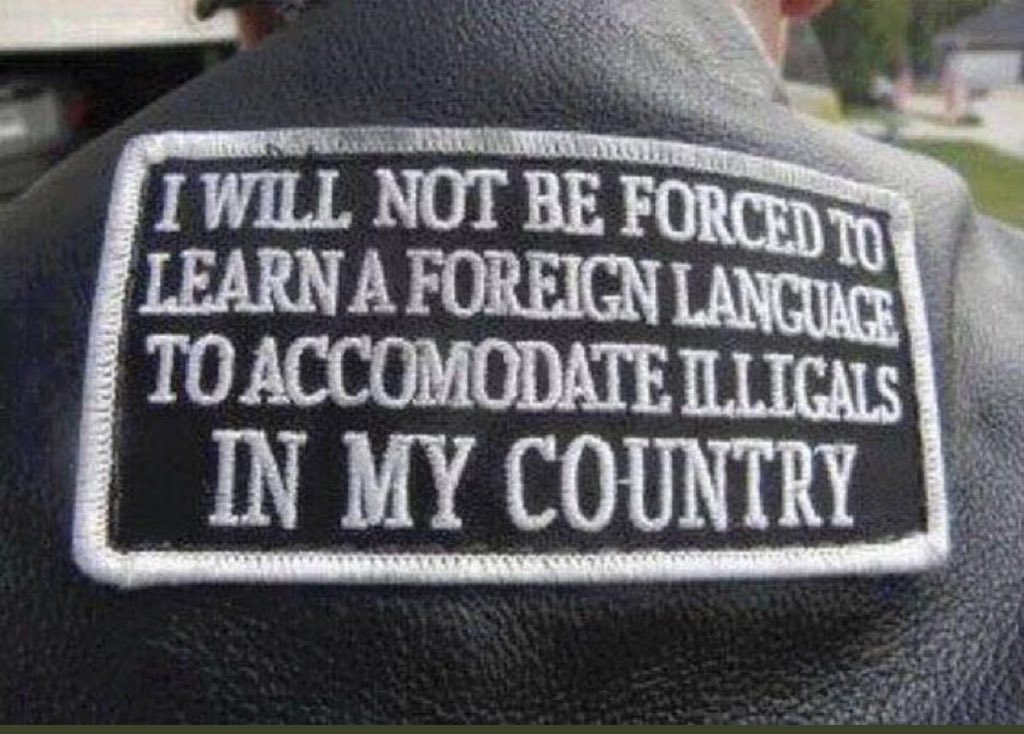 Notice anything odd about it? Perhaps if you are good at sight proofreading, you might catch that the words accommodate and illegals are both misspelled. Now let me ask you another question: where do you think this picture would be posted? On accounts from right-wingers? Perhaps, but it was also posted on leftist accounts as well, with words about “look how idiotic these other guys are.” Sad to say, both sides are getting played: according to Internet researcher Renee DiResta, the image was created by the state-sponsored Russian trolls at the Internet Research Agency. It was carefully crafted to inflame both sides of the political spectrum and as a result was very popular a few months ago.

When we receive items like this in our news feeds, the natural reaction is to click and forward it on to a thousand of our closest Internet friends. But what this small example shows you is to stop and think about what you are doing. That meme could travel around the world in a few seconds, and end up more likely hurting your cause. How many of us have gotten some major bombshell (such as Fox News’ John Roberts saying the Covid virus was a hoax), only to find out from Snopes and other fact-checking places that we were misled.

Indeed, if you do an image search on the “foreign language” patch above, you will likely see a number of different versions: some with the correct word spellings, some with corrections with red overlays, and some with different borders and other small differences. What this shows me is how effective this patch was, and how insidious was its purpose at sowing dissent.

I wrote an earlier post about how to vet your news feed earlier this year. Take a moment to re-read it if you need a reminder along with some tips on how to evaluate potentially fake images and other propaganda. Earlier in April, WhatsApp put a limit on how often viral messages can be forwarded: just to a single person (it used to be five people). That helps, but the social platforms could do a lot more to screen for these abuses.

About ten years ago, I ended one of my columns with the following advice. Watch out for those memes, and take a breath before clicking. You might save yourself some embarrassment, and also not get played by some troll. Some things sadly never change.

4 thoughts on “Watch that meme!”