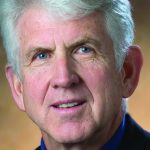 For Bob Metcalfe, many things come in triples. His most successful company was called 3Com is one example. I met up with him recently and he told me, “You will be happier if you give and enjoy but not expect credit, gratitude, or loyalty.” Before I unpack that, let me tell you the story of how Bob and I first met.

This was in 1990 and I was about to launch Network Computing magazine for CMP. I was its first editor-in-chief and it was a breakout job for me in many respects: I was fortunate to be able to set the overall editorial direction of the publication and hire a solid editorial and production team, it was the first magazine that CMP ever published using desktop technology and it was the first time that I had built a test lab into the DNA of a B2B IT publication. Can you tell that I am still very proud of the pub? Yeah, there is that. Bob was one of our early columnists, and he was at the point in his career where he wanted to tell some stories about the development of his invention of Ethernet. We had a lot of fun getting these stories into print and Bob told me that for many years those first columns of his had a place of honor in his home. Bob went on to write many more columns for other IT pubs and eventually became publisher of Infoworld.

In addition to being a very clever inventor, Bob is also a master storyteller. One of his many sayings has since been enshrined as “Metcalfe’s law” which says a network’s effect is proportional to the square of its users or nodes. He is also infamous for wrongly predicting the end of the Internet in an Infoworld column he wrote in December 1995.  He called it a “gigalapse”  which would happen the next year. When of course it didn’t come to pass, he ate the printed copy of his column.

Oh well, you can’t always be right, but he is usually very pithy and droll.

Let’s talk about his latest statement, about credit, gratitude and loyalty. Notice how he differentiates the give and take of the three elements: with Bob, it is always critical to understand the relationship of inputs and outputs.

Credit means being acknowledged for your achievements. “The trick is to get credit without claiming it,” says Metcalfe. Credit comes in many forms: validation from your peers, recognition by your profession, or even a short “attaboy” from your boss for a job well done. I can think of the times in my career when I got credit for something that I wrote about: a fine explanation of something technical by one of my readers, or spotting a trend that few had yet seen. But what Bob is telling us is to put the shoe on the other foot, and give credit where and when it is due — output, rather than input. It is great to be acknowledged, but greater still if we cite those that deserve credit for their achievements. Going back to Network Computing, many of the people that I hired have gone on to do great things in the IT industry, and I continue to give them props for doing such wonderful work and to their contributions to our industry.

Gratitude is getting positive feedback, of thanking someone for their efforts. Too often we forget to say thanks. I can think of many jobs that I have held over the years where my boss didn’t give out many thank yous. But it is always better to give thanks to others than expect it. Credit and gratitude are a tight bundle to be sure.

Finally, there is loyalty. The dictionary defines this in a variety of ways, but one that I liked was “faithful to a cause, ideal, custom, institution, or product.” Too often we are expected to be faithful to something that starts out well but ends up poorly. Many times I have left jobs because the product team made some bad decisions, or because people whom I respected left out of frustration. If you are the boss, you can’t really demand loyalty, especially if you don’t show any gratitude or acknowledge credit for your staff’s achievements. “Loyalty is what you expect of your customers when your products are no longer competitive,” says Metcalfe.

I would be interested in your own reactions to what Bob said, and if you have examples from your own work life that you would like to share with others.

1 thought on “Bob Metcalfe on credit, gratitude, and loyalty”