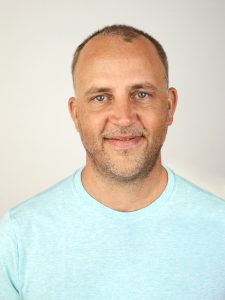 You probably have read your fill of business books. Author tries to make it big, leverages tons of his money and time, hires the wrong people, fires them, then goes it alone before striking it rich and motoring off into the sunset in some expensive car. Dan Conway’s Confessions of a Crypto Millionaire is not one of these books. Most business books offer just enough advice to fill a chapter, maybe two. Conway has a lot more to say about his obsession and investments in cryptocurrency, in particular Ethereum. Over a period of several years, he used his home mortgage equity loan and borrowed additional funds because he believed blockchain held the future model for decentralized corporations and the way that we will all work together. He ended up cashing out $14M ahead. It is his obsession that drives the book’s narrative, along with the crazy up-and-down valuation of Ether, where you can gain and lose millions in a matter of minutes.

What isn’t in this book is also notable: sordid tales of wretched excess of “tech-bros partying on yachts” or trashing expensive Vegas hotel suites.  Conway is a father of three, and still married to their mother.

Conway’s confessions is a refreshing tale about his fighting his demons, his addictions (alcohol and pills), his insecurities, and his almost always-on self-destructive alter-ego he calls his “Flip Side.” This side rears its ugly head during client presentations where he fumbles and fails and during periods of self-doubt when he tries to reassure himself his huge bet on Ether isn’t about to land him in the poor house.

“The book forced me to make sense of how my addictive personality played a part in my undoubtedly reckless crypto investments,” he told me via an email interview. He is part visionary, buying Ether at a time and at a level few people had the courage, vision, or just dumb luck to do. “It took everything admirable and loathsome about me to make the plunge into Ether. The loathsome part includes my addictive personality. While betting everything was an extreme risk, all risk requires insight, courage and maybe a little recklessness.” He hopes his story will get others to think about how they formulate their own risk taking.

Conway starts out his story “working for the man,” doing marketing and public relations for large corporations, one of whom he calls Acme. He wasn’t a good fit as the organization man to be sure. And since his windfall with Ether, he is unlikely to return to corporate America “unless we suffer a financial catastrophe.” He still believes that the decentralized blockchain can disrupt the traditional corporate power structure and has a lot of merit as an organizing principle. One example he cites is the MakeDAO, where ordinary folks can originate loans and handle other financial transactions without any financial institutional limits. It could pay off; it could fall flat: that is the challenge of cryptocurrency.

One aspect of his book is dealing very honestly with two situations: first, with his addictions. “This undoubtedly played a part in my reckless crypto investments, and writing the book helped force me to make sense of it all.”

Second, the book also describes how his financial windfall changed his family dynamics and the relationships with his circle of friends. Even though Conway lived in Silicon Valley, he was very firmly rooted in the middle class before he made it big with Ether. He writes: “Crypto was suddenly like an overexposed celebrity, and everyone was rooting for it to fail,“ but then realizes, “one of the bittersweet feelings about making a bunch of money is that you can’t bring your (less fortunate) friends with you.” That takes some adjustment, both for him and his family. Still, don’t be too sad: Now he takes long exotic vacations, buys his kids “name-brand clothes” instead of Sears knock-offs, and does car pool duty with a vengeance. “It’s absolutely nice to have the car-ride conversations rather than pinning all parent child bonding on the “how was your day?” question when everyone is exhausted.” True dat.

Conway is committed to Ethereum because of its disruptive ability to change the way companies operate, the way companies get VC funding (the parts about the ICO shysters is worth reading alone), and the way the early pioneers — which Conway counts as himself — had to try to separate the criminals from the legit businesses. This book is well worth reading, even your own exposure to bitcoin and other cryptocoins is minimal.

1 thought on “Review of “Confessions of a Crypto Millionaire””