I had an opportunity to test drive the Helm personal email server over the past couple of months. I give them an A for effort, and a C+ for execution. It is a smallish pyramid that can be used to self-host your own email domain.

It has some great ideas and tries hard to be a secure email server that is easy to setup. And its packaging and reviewer’s guide is a design delight, as you can see from the photo below. But it has a few major drawbacks, especially for users that want to do more than protect their email correspondence. 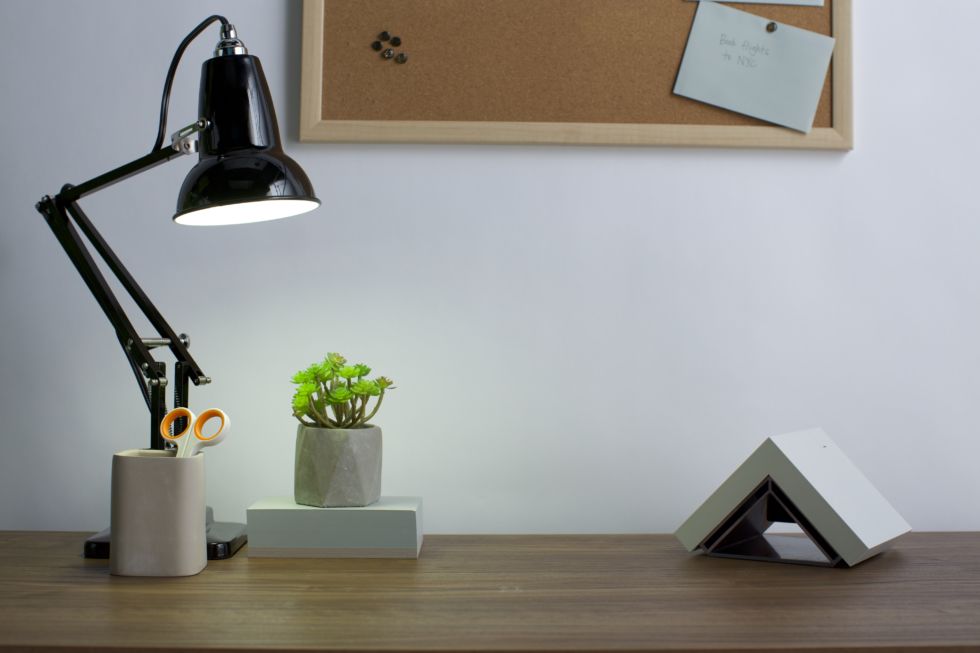 If you want to read a more thorough test, check out Lee Hutchinson’s Ars review here. While I didn’t test it as thoroughly or write about it as much as he did, I did try it out in two different modes: first, as a server on a test account that Helm reserved for me. Then I reset the unit and tried it to serve up email on one of my existing domains. I will get to an issue with that latter configuration in a moment.

My biggest issue is its lack of support for webmail clients. I understand why this was done, but I still don’t like it. I have been using webmail exclusively for my desktop and laptop email usage for more than 10 years, and only use the iPhone Mail app when I am on the phone. Certainly, that leaves me open for exposure, man-in-the-middle, etc. But I am not sure I am willing to give up that flexibility for better security, which is really at the center of the debate.

Brian Krebs blogged that users can pick two of security, privacy and convenience, but only two. That is the rub.

If you are concerned about privacy first and foremost, you are likely to want to use encryption on all of your emails. That is probably for very few folks. Even with zero-trust encryption, this isn’t easy. Helm doesn’t support any encryption such as PGP, so this audience is off the table.

If you are concerned with convenience, you are probably going to stick with webmailers for the time being. So this audience is off the table too.

If you are concerned with security first, maybe you will consider Helm. But it is a big maybe. If you already use a corporate email server and your company has hundreds of mailboxes, I don’t think any IT manager is going to want to have a tiny box like Helm at the center of their email infrastructure. And if you are a SMB that has < 100 mailboxes, perhaps you might move from GSuite or O365, but it will take some work. Certainly, the pricing tipping point is around a dozen mailboxes, depending on the various options that you choose for these SaaS emailers.

Hutchinson’s piece in Ars says, “Helm aims to give you the best of both worlds—the assurance of having a device filled with sensitive information physically under your control, but with almost all of the heavy sysadmin lifting done for you. If you’re looking to kick Google or Microsoft to the curb and claw back control of your email, this is in my opinion the best and easiest way to do it.” I would agree with him.

However, the issue for this last group isn’t the email, but the other things that depend on email that they already use seamlessly: calendars, contacts, and email notifications. Setting up calendars and contacts will take some careful study before you actually configure them. This is because you have to read and understand the web-based support portal pages so that you know what the steps are before you do the configuration. I ended up creating several device profiles before I got all this together, because I couldn’t access the existing details to set up the servers etc. (I understand why you are doing this, but still calling them “device profiles” is confusing.) And then I still had issues with getting things setup for my calendar and contacts. The pretty reviewer’s guide really falls down in this area.

One plus for the security audience is that it supports DMARC/SPF/DKIM with no extra effort. (See the screenshot below.) They don’t make a big deal of this, other than a brief nod to it in the support pages here. My report from mail-tester can be found here, showing that this was implemented correctly. 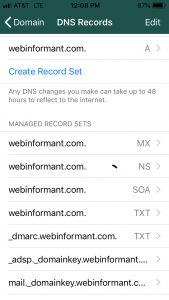 Another sticking point for me is the use of the smartphone app for configuration and reporting. I have had problems with other consumer-grade products that do this – such as most smart home devices, the Bitdefender Box (I did an early review of this for Tom’s Hardware but haven’t looked at it for a while since then), and some SMB router/firewalls. The problem is that your screen real estate is very limited, forcing you to make some bad UI tradeoffs. For example, a notification alert comes up on my phone during certain times.

One issue that Hutchinson also had is that if you use Helm to serve up your own domain, it needs to take control over your domain’s DNS settings. You can use its smartphone app to add your own custom DNS records, but it isn’t as flexible as say the average ISP DNS web-based management screens. Speaking of DNS, Helm doesn’t support DNSSEC because of the way it moves your email traffic through its AWS infrastructure.

Finally, the backup process didn’t work for my pre-configured unit and I never got a successful backup, even after initiating several of them. It worked fine for my hosted domain. There is no phone message notification of either success or failure: you have to check the app, which also seems like a major omission.

If you aren’t happy with the security implications of Microsoft/Googleplex owning your messages and are a small business that doesn’t use much webmail, then Helm should be a great solution. It costs $500 initially, with $100 annually for a support contract.

1 thought on “Helm Email Server: secure and stylish, but has issues”