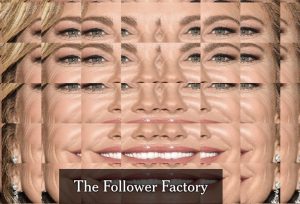 The New York Times last week published the results of a fascinating research project entitled The Follower Factory, that describes how firms charge to add followers, retweets, likes and other social interactions to social media profiles. While we aren’t surprised at the report, it highlights why B2B marketers shouldn’t shortcut the process of understanding the substance of an influencer’s following when making decisions about whom to engage. The Times report identifies numerous celebrities from entertainment, business, politics, sports and other areas who have inflated their follower numbers for as little as one cent per follower. In most cases, the fake followers are empty accounts without any influence or copies of legitimate accounts with subtle tweaks that mask their illegitimacy.

The topic isn’t a new one for either of us. Paul wrote a book on the topic more than ten years ago. Real social media influencers get that way through an organic growth in their popularity, because they have something to say and because people respond to them over time. There is no quick fix for providing value.

Twitter is a popular subject for analysis because it’s so transparent: Anyone can investigate follower quality and root out fake accounts or bots by clicking on the number of followers in an influencer’s profile. Other academic researchers have begun to use Twitter for their own social science research, and a new book by UCLA professor Zachary Steinert-Threkeld called Twitter as Data is a useful place for marketers who know a little bit of code to assemble their own inquiries. (The online version of the book is presently free from the publisher for a limited time.) David has written more about his book on his blog here.

Paul and David review some of their time-tested techniques to growing your social media following organically, and note the ongoing value of blogs as a tool for legitimate influencers to build their followings.

You can listen to our 16 min. podcast here: