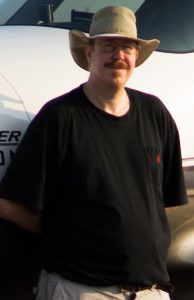 One of the tech industry’s dirty secrets is enabling an entire class of bottom-feeders called the patent troll. These are lawyers that exist solely to sue other

firms and bleed them dry from the threat of patent infringement. A new documentary is out by Austin Meyer (shown here), who suffered from one troll purely because he uploaded his app to the Google Play store. The troll claimed his patent covered such activity, which is just utter nonsense. As shown in Meyer’s movie, almost all defendants settle patent cases to avoid the costs of discovery and a protracted legal battle. There are several thousand troll-based lawsuits filed annually, and the number is increasing.

Sadly, what these trolls do is also perfectly legal. But what gets my goat is that the trolls don’t actually make anything: it isn’t like they have a competitive product line that they are trying to protect with their lawsuit. They are really just racketeers, extortion con men. Many of these firms, like Virnetx and Uniloc, are companies that you never heard of, and are getting rich from these troll payouts.

For example, several years ago Virnetx beat Apple and now gets $300M a year in royalties because Facetime was claimed to infringe on secure network communications patents it held. That took years to work its way through the courts in eastern Texas.

Wait a minute. Why Texas? Isn’t Apple’s HQ in California? Yes, but until recently, trolls could file wherever they pleased. Many of the patent cases are tried in eastern Texas, because the area’s court system is especially friendly to trolls. For example, in the small town of Marshall, Judge Rodney Gilstrap oversaw more than a quarter of the country’s patent cases in 2015, reports the Electronic Frontier Foundation. Marshall figures prominently in Meyer’s movie, where he takes us literally on a tour of the empty offices across the street from the county courthouse where these patent cases are tried. All these offices are quite representative of these shell companies that are the trolls.

One delightful tidbit that he missed was that hotels in Marshall are so commonly frequented by lawyers that one even purchased a subscription to the electronic court-records system Pacer. You have in-room Wi-Fi, now there is in-room legal records search. How convenient. Earlier in May this year the US Supreme Court unanimously ruled that a defendant should only face patent litigation in the state where it’s incorporated, which for many tech businesses are either in California or Delaware. Meyer tells me that that hasn’t really stemmed the tide in Marshall, so probably that hotel will keep their in-room Pacer subscription.

Not all trolls succeed. In one case, Uniloc was defeated when a group of gaming companies showed the flaws in their argument in a case that was decided by an internal review by the US Patent office earlier this year. Uniloc is one of the more notorious trolls, but this is a minor setback: they have a huge collection of judgements from other cases. Uniloc was who sued Meyer, btw.

One of the issues mentioned in Meyer’s movie is how once the trolls identify a potential victim (not too small and not too large, so that the firm will be motivated to payout rather than fight), they are often hit repeatedly by other trolls. The typical lawsuit will cost several million dollars. Another issue: trolls sue people that use the patented idea, no matter how ridiculous the patent may be. 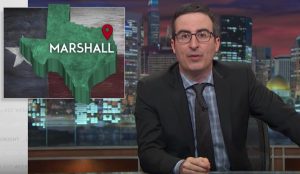 Patent trolls isn’t a new topic, indeed there is another documentary by Lex Lybrand called The Trolls that came out last year that documents his experience, when his crowdfunded company was hit by a troll. And John Oliver did one of his HBO Last Week Tonight shows on patents a few years ago. (He illustrates his points with several great Shark Tank snippets.)  Meyer is also featured on Oliver’s segment.

Meyer has several suggestions for improving the patent process, and many of them have little hope of happening, thanks to trial lawyer lobbies and other market forces. But if you want to see how broken our patent system is, the movie is well worth your time.

Meyer’s movie, The Patent Scam, is now available for a fee to download and soon will be on Netflix and other streaming services.

3 thoughts on “The scourge of patent trolls”