Over the past several years, St. Louis has been recognized by a number of national publications as one of the fastest growing startup locations in the country. Having lived here for more than a decade, I have observed this first-hand, working as a volunteer mentor to dozens of new ventures as part of the IT Entrepreneur’s Network (ITEN). I had a chance recently to interview many of the founders of new companies and thought I would provide a few insights into why my adopted city has taken a leadership position in the startup world.

One reason is certainly an expanding ecosystem to support entrepreneurs. There is a critical mass of mentors, potential founders, funders, and startup-oriented resources that continues to feed on itself. Ten years ago, there weren’t many organizations or resources for startups. That has changed dramatically.

Another reason is that the cost of living here is low, especially when compared to both coasts. “It is less expensive to make the mistakes that you are inevitably going to make, and the range of people invested in your success is huge,” said Mark Sawyier, who launched his company Bonfyre in 2011. “The only thing you know for sure about your initial business plan is that is wrong. You have to be flexible and adaptable and have a greater appreciation for getting advice. The way a business responds to failure isn’t a single moment in time, but how they can retain what they have learned from that experience and move on.”

The coasts do offer some advantages, however. “Coastal investors are more comfortable with a SaaS model than their midwestern counterparts. But they also need you to be at a certain level of scale,” says Chris Deck, who has run his own ecommerce venture for almost 20 years. “The challenge to being in St. Louis is that the model to raise funds from the tech perspective is different, and you spend a lot of time talking about metrics that aren’t applicable to the SaaS business model.” Some startups have a hybrid hiring model, and ended up having salespeople based in the Bay Area just for this reason, but still have the remainder of their staff here.

Another reason why St. Louis is rising is because it is getting easier to find local talent. While that used to be more difficult, many of the founders I spoke to no longer had that issue. Sawyier said, “There is this misconception that there isn’t any local talent in St. Louis. That is not true at all. It amazes me that people are always surprised at the concentration of IT-related organizations around the area. These businesses are continually creating talent and new opportunities.”

One way to track the growth of the ecosystem is in the number of co-working spaces around the region. When I first arrived, there were none, now there are at least 20 and new ones are popping up regularly. Most of the spaces are operating at near capacity, and what is more important than the number of offices is that many companies have outgrown their initial space and have moved into new offices, with some even buying their own buildings.

Another is the sheer dollars that local funds are investing in startups. The amount has risen over the past several years, and while it isn’t at the level of a Austin, Boston, or Sand Hill Rd., it is enough to motivate many founders to relocate here for their business.

One of the ITEN programs that I have been involved with is called Mock Angels. A founder pitches his business as if he or she were appearing before a group of VCs, and afterwards they comment on the pitch and what can be improved. The theory is that this helps refine the pitch so when a real VC is at the receiving end the founder will be prepared and get funding. This isn’t unique to St. Louis: they can be found in other places. But what is different is that the Mock Angels do more than just carp about the slide deck. What I have seen is that these meetings are a good jumping off point for many founders to receive intensive mentoring from the Angels: one startup ended up talking to 20 different mentors to get a better take on what to do next.

As an example, let’s look at the story of Focalcast, a startup that provides live collaboration among tablet computers. They began by being accepted into the Capital Innovators accelerator program and moved to the St. Louis area. Then they came to ITEN and graduated from Mock Angels, and then got an Arch Grant and additional funding from the Missouri Technology Corporation. With each agency, they improved their pitch, refined their product offering, interacted with potential investors, mentors, and other specialists. “We couldn’t have gotten as far as we did without all this support from the various St. Louis programs,” said Devin Turner, their CEO. “All of them were instrumental in our success, and we have enormous respect for the St. Louis startup ecosystem. Each of these programs complements the others and works well for startups. We think St. Louis is a pretty special place and is a really great place for a young company to be located.” Turner’s pitch was torn up at his first Mock Angel session. “But we ended up working with one of the participants who went from saying that our business model didn’t make any sense to being a big advocate and a huge help for us to go to market and raise funds.” 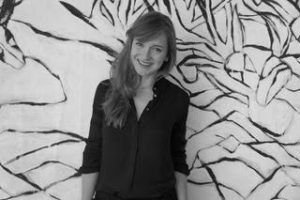 As another example, look at Amanda Patterson, the CEO of a health-care training-related startup called The Call List. She received a great deal of mentoring from the folks she met at ITEN. “I was able to refine my business plan and introduce myself to people in the healthcare community that could apply my technology. When I first applied, I thought of Mock Angels as more of a gateway that I needed to pass through so I could apply for venture funding, but I realized that it is a way to develop a sustainable model and to train me to become a better business leader. Even the mentors that were the most negative about my pitch had useful thoughts that helped shape my business.”

Another company that benefited from the local startup scene is Label Insight. They provide a database of food ingredients for a variety of vendors. “Before we came to St. Louis, we were mostly working out of our garages and on our own,” said Anton Xavier, one of their co-founders. “We really needed to put our company on steroids and grow into a real viable business. We found St. Louis an ideal place for this growth, and the second we came into contact with the startup ecosystem here, we flourished and were able to escalate our growth.”

St. Louis has really blossomed as a startup mecca. When I first got here, it was a rare week that had any startup-related event, and it was easy to attend most of them and get to know the community. Now there are numerous events each evening, a testimonial to how rich a community we have invented.

You can check out the Tech Startup Report from ITEN here if you want to read more about ITEN’s services and the St. Louis tech startup scene.