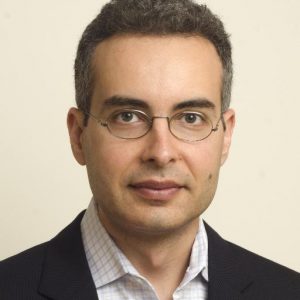 Lenny Zeltser has been teaching security classes at SANS for more than 15 years now and has earned the prestigious GIAC Security Expert professional designation. He is not some empty suit but a hands-on guy who developed the Linux toolkit REMnux that is used by malware analysts throughout the world. He is frequently quoted in the security trades and recently became VP of Products of Minerva Labs and spoke to me about his approach to understanding incident response, endpoint protection and digital forensics.

“I can’t think about malware in the abstract,” he said. “I have to understand it in terms of its physical reality, such as how it injects code into a running process and uses a command and control network. This means I have to play with it to learn about it.”

“Malware has become more elaborate over the past decade,” he said. “It takes more effort to examine it now. Which is interesting, because at its core it hasn’t changed that much. Back a decade or so, bots were using IRC as their command and control channel. Now of course there is much more HTTP/HTTPS-based connections.”

One interesting trend is that “malware is becoming more defensive, as a way to protect itself from analysis and automated tools such as sandboxes. This makes sense because malware authors want to derive as much value as they can and try to hide from discovery. If a piece of malware sees that it is running or a test machine or inside a VM, it will just shut down or go to sleep.”

Why has he made the recent move to working for a security vendor? “One reason is because I want to use the current characteristics of malware to make better protective products,” he said. Minerva is working on products that try to trick malware into thinking that they are running in sandboxes when they are sitting on user’s PCs, as a way to shut down the infection. Clever. “Adversaries are so creative these days. So two can play that game!”

Another current trend for malware is what is called “fileless,” or the ability to store as little as possible in the endpoint’s file system. While the name is somewhat misleading – you still need something stored on the target, whether it be a shortcut or a registry key – the idea is to have minimal and less obvious markers that your PC has been infected. “Something ultimately has to touch the file system and has to survive a reboot. That is what we look for.”

Still, no matter how sophisticated a piece of malware is, there is always user error that you can’t completely eliminate. “I still see insiders who inadvertently let malware loose – maybe they click on an email attachment or they let macros run from a Word document. Ultimately, someone is going to try to run malicious code someplace, they will get it to where they want to.”

“People realize that threats are getting more sophisticated, but enterprises need more expertise too, and so we need to train people in these new skills,” he said. One challenge is being able to map out a plan post-infection. “What tasks do you perform first? Do you need to re-image an infected system? You need to see what the malware is doing, and where it has been across your network, before you can mitigate it and respond effectively,” he said. “It is more than just simple notification that you have been hit.”

I asked him to share one of his early missteps with me, and he mentioned when he worked for a startup tech company that was building web-based software. The firm wanted to make sure their systems were secure, and paid a third-party security vendor to build a very elegant and complex series of protective measures. “It was really beautiful, with all sorts of built-in redundancies. The only trouble was we designed it too well, and it ended up costing us an arm and a leg. We ended up overspending to the point where our company ran out of money. So it is great to have all these layers of protection, but you have to consider what you can afford and the business impact and your ultimate budget.”