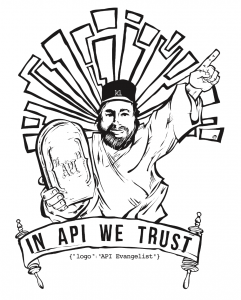 This week several thousand IT managers, developers ISVs, and others who work with Microsoft’s operating systems, tools, and software products are gathered in Houston for the annual TechEd conference. I couldn’t make it, but I have been talking to a number of independent software vendors and Microsoft channel partners for a custom consulting research project.

In the course of doing the research, I was reminded of why Microsoft is such a powerhouse when it comes to understanding developers and having such a rich ecosystem that continues to be self-sustaining and an expanding universe. When you look behind the scenes, there is usually a Microsoft API that is lurking about, and that people are using to build something, which is being used as the basis of some other software developer who is building there thing, which continues on and on.

As an example, take a gander at the Azure Store (it is under the “Add-os” tab at the top level menu for Microsoft’s cloud computing site. It has add-on tools that range widely across the SaaS and IaaS spectrum, and can be used to manage Azure VM collections, setup and provision Azure servers, or access particular datasets. The store is still very much a work in progress, and its search function is somewhat limited. And sure, Amazon’s Web Services has more activity, because it has been around longer. But the idea is catching on, and the ISVs are coming to sell their stuff, and others are taking notice. The extensibility of Azure will be untouchable in a few years.

We saw this movie already with the first wisps of .Net and Visual Studio: there was a time that people used those tools to just build standalone apps that had nothing to do with the Internet or Web services. Those universes were eventually mind-melded together, and now no one thinks it odd when someone builds a Web app with .Net.

Look at what you can do with using Excel as a query tool for all sorts of databases, some that aren’t even on your own hard drive. Again, it is all about extending the things we know and love (or at least tolerate) well. The same thing happened when Windows Explorer became Internet Explorer, even if IE is now a malware distribution mechanism of the first order.

I realize that you could make the same claims about building-on-top-of-the-builders with the open source movement: just look at the 57 different Hadoop-oriented projects (if not 1057 by now) that have been spawned by that Big Data database. And yes, there are other claims to the uber-ISV throne too.

But it is what Microsoft is best at doing and you would be wrong to sell them short in this area. Yes, their actual software dev tools aren’t the best on the block. And there may be better desktop environments better than Windows. And yes, more people are buying Apple’s iThings because they are just cooler, no doubt. No one is going to ooh and aah over a Windows Phone anymore, no matter how honking many megapixels its camera can consume. But that is missing the point.

With Microsoft, it is all about the API-enabled ISV, who can sell to other API-enabled ISVs, who can use all these interfaces to build powerful apps with just a few lines of actual code. There are lots of other things wrong with the company, but this is one they continue to get right.

1 thought on “Microsoft, the uber ISV”