You may not have heard about Dr. Deborah Estrin, a computer science professor and open source advocate, but she is on a mission to bring open source quite literally to the cellular level. But before we explain why, we need to put her work in the current context.

Estrin is one of six professors of the latest academic disruption experiment that goes by the name of Cornell Tech. The Ivy League university is building a new 2000-student, two million sq. ft. engineering graduate school campus over the next 25 years on the south end of Roosevelt Island in the middle of the East River in New York City. 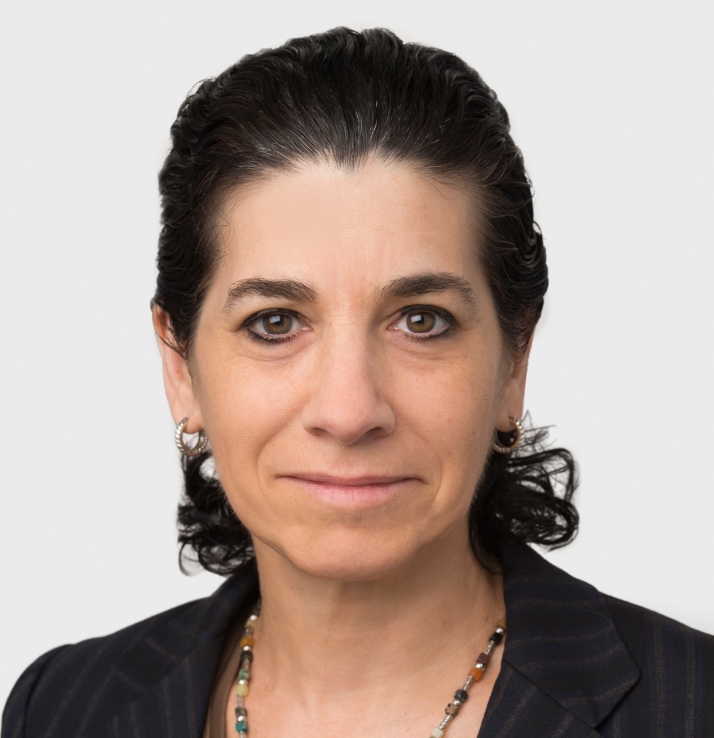 Until the campus is built, students are attending classes in the huge Google Chelsea NYC offices. They are studying a combined engineering/computer science master degree that takes everything you thought about grad school and turns it inside out. One aspect of the program is to promote entrepreneurs, so professors who have actually built startup companies teach the classes. Another concept is to go beyond internships and pure academic research to actually have the students work on relevant and real projects proposed by businesses and non-profits as part of their course credit.

Cornell is accepting applications for the fall semester, after a successful “beta class” of the first seven students has already been through a single semester of the Tech program earlier this year.

It sounds so retro, especially in this era when MOOCs (massively open online courses such as EdX and Coursera) are becoming popular. In mid May, Georgia Tech announced that starting later this summer they would offer an entire Masters degree in Computer Science via a series of online classes. You can take them for free or can apply and get your degree for “less than $7,000,” which is a bargain considering that the full ride there costs five times as much.

But Cornell is going in a different direction. They are taking the best from the intersection of academia and business worlds, sprinkled with a soupcon of open innovation. “We wanted to design a curriculum that wouldn’t be so pre-emptive and encourage commercializing good ideas with real present need,” said Estrin.

It could be what the future of engineering grad school could look like in many other places and be a potent hands-on alternative to Georgia’s online experience. Eventually, it will expand to eight programs including an accelerated MBA, and interdisciplinary two-year programs in Connected Media, Built Environment, and Healthier Life.

Estrin came to Cornell Tech from a long and well-established teaching career at UCLA, where she was known for not being so academically oriented. She was involved in several IETF projects back in the 1980s when the group was building the groundwork for Internet networking protocols using open source collaboration techniques that weren’t part of the everyday lexicon like they are today. She ended up playing a key role in developing multicast routing algorithms and distributed wireless sensing networks. “I know that I have an odd profile for an academic computer scientist. But I have never been solely about PhD theses and publications.”

Instead, think what the best agile open source coding shops are doing, and now transform that into an academic setting. “Like with agile programming techniques, we wanted to be able to do really rapid iterations as part of our teaching process. If you get the rate of speed dialed in right, this experience could be very transformative and take research in a useful direction, beyond the goal of getting a paper published somewhere,” she told me in a recent interview.

Estrin has seen what happens when several students take an online class together, and wanted to focus on that interpersonal experience. “When a group of students are in the same online class, they start to hang out and discuss the materials together. We want to take this to the next level, with critiques happening in real time to enhance the collaboration process. It isn’t just delivering a bunch of lectures via a streaming video over the Web.” This collaboration is key to the entire Tech experience, and why it is so different from other engineering grad schools to date.

At Tech there are small groups of students who work on projects that come from a non-profit or a commercial business. “It isn’t a research project, but something that is relevant to the outside business. It isn’t a replacement for an intern working in someone’s offices – internships are still very valuable – but we are making integrated experiences integral to the entire educational process.” It sounds exciting, and it could be very risky if the various elements don’t quite all work out. “We are trying to build something between the two worlds of academia and business, in a way that is social, that is open, and that is innovative and collaborative. There is very little that goes on in my classes at Tech where students do things individually.” Yes, there are still in-class quizzes and exams. You can’t escape every pedagogical tradition. “You still need incentives for students to internalize the materials,” she said.

One big change for this kind of academia is that “you need a lot of transparency in this process. Traditional universities protect their research and separate it from commercial interests. We want to be more open,” she said. This is a refreshing outlook, but not surprising especially for someone whose work has been part of the open source world for so long. Estrin is also honest that Tech is still very much a work in progress. “There are going to be bugs, and we are going to learn from this process.  We just taught one class for one semester and are still adjusting the program.”

But Estrin isn’t stopping at reinventing grad school. In addition, she is taking open source techniques to a startup called Open mHealth that she began two years ago. Her latest work involves using an individual’s own data to better manage their own health. Estrin calls it “small data” to differentiate it from the Big Data that usually applies to looking at aggregate statistical information across a large population. Estrin envisions each of our small data, fueling “a new kind of app running in the cloud that could continuously and privately analyze the digital traces you leave behind as you work, shop, sleep, eat, exercise, and communicate.” She is talking about analyzing these traces in a way that is useful for each person to understand their own health status.

“We want to get information that is collected on each patient and do some inferences and analysis that can drive personal choices: should you change your diet or exercise regimen, or what vitamins you take, for example?” She can see the service as a start for a personal mobile tool, not doing medical diagnosis such as what is being attempted by the X Prize Qualcomm Tricorder contest including the Scanadu Scout but having a personal “check engine light” (such as Ginger.io) or a personal digital pulse that could indicate subtle but important health changes. This information is selectively shared with your close family and friends. Everyone in effect becomes his or her own universe of unique medical data.

Everything will be built using open architectures and open source tools to enable a higher-degree of integration among various software modules. On the Open mHealth website, they state that “Through a shared set of open APIs, both open and proprietary software modules, applications and data can be ‘mixed and matched’, and more meaningful insights derived through reusable data processing and visualization[s].” That is a tall order.

Estrin talks about how this is a big departure from traditional medical research. “Instead of relying on federal grants or venture capital, we want to bring rapid prototyping to this field, innovating on modular software methods so that clinicians can borrow, blend and adapt mobile tools to transform chronic disease management.”

Will Cornell Tech work at reinventing CS grad school? Will Estrin’s Open mHealth project bring open source down to the cellular level? It is certainly worth watching both efforts to see her progress.