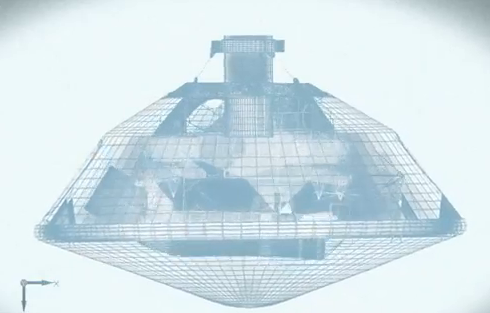 Are you as Mars-obsessed as I have been in the past week or so? Maybe I shouldn’t have started things off by watching the original Total Recall movie starring Arnold in all of his campy best. The current remake doesn’t even take place on Mars, which is truer to the original Philip K. Dick short story. And the more that I have been learning about the JPL rover Curiosity, the more I want to know. It is almost as if I once had a memory implant like the characters in the movie.

Certainly, the successful landing of Curiosity is something for all geeks to celebrate. It is an amazing achievement of science and engineering, and kudos to the many men and women that have played a role in getting us to the Martian surface once again. One look at the record of attempts and you can see that the Russians haven’t done so well as the Americans. It is another space race in the making. You might remember that the Mars Climate Orbiter failed when engineers mistook metric system measurements in their calculations. The probe burnt up on its too-fast descent.

To get a better feeling about how many different moving pieces it took for this mission, watch this NASA video called Seven Minutes of Terror. NASA really knows how to put together a great story.

The problem is that the landing had to happen completely under computer control, because Mars is so far away that the human mission controllers couldn’t do much in real time. It takes radio signals about 14 minutes to reach Mars, and the landing sequence is about half that time. During those seven minutes, the spacecraft is transformed several times as bits and pieces do their jobs and are then discarded. If you have ever seen the original Saturn V rocket that powered us to go to the moon and compared its huge mass with the tiny capsule that actually delivered the three astronauts back home, you get the idea.

Curiosity had to deploy the largest supersonic parachute but that wasn’t enough to slow it down in the thin Martian atmosphere. It also needed a special rocket braking maneuver, and then was lowered gently to the surface with a series of cables. All of this gear had to work, and about half a million lines of computer code too. And did I mention the two orbiting communications satellites that are part of the total package? Curiosity needed those to enable the data and pictures from Curiosity to reach us back here on earth.

Curiosity is Plutonium powered, rather than solar panels. The previous Mars rovers had solar panels but because Mars is so dusty the panels wouldn’t collect much energy over time. Plus, Curiosity is about the size and weight of a small car, which makes it more power-hungry.

And of course the coda to Curiosity can be found with one of its mission controllers, Bobak Ferdowsi, who became an Internet meme after the landing. Thanks to an odd Mohawk, a great Twitter ID (@tweetsoutloud) and a heavy female fan base, he now has his place in history as the modern-day replacement for Gene Kranz’ white vest. More on that vest here from the Smithsonian.

Now all we need is an updated replacement for Tang.

0 thoughts on “Life on Mars”