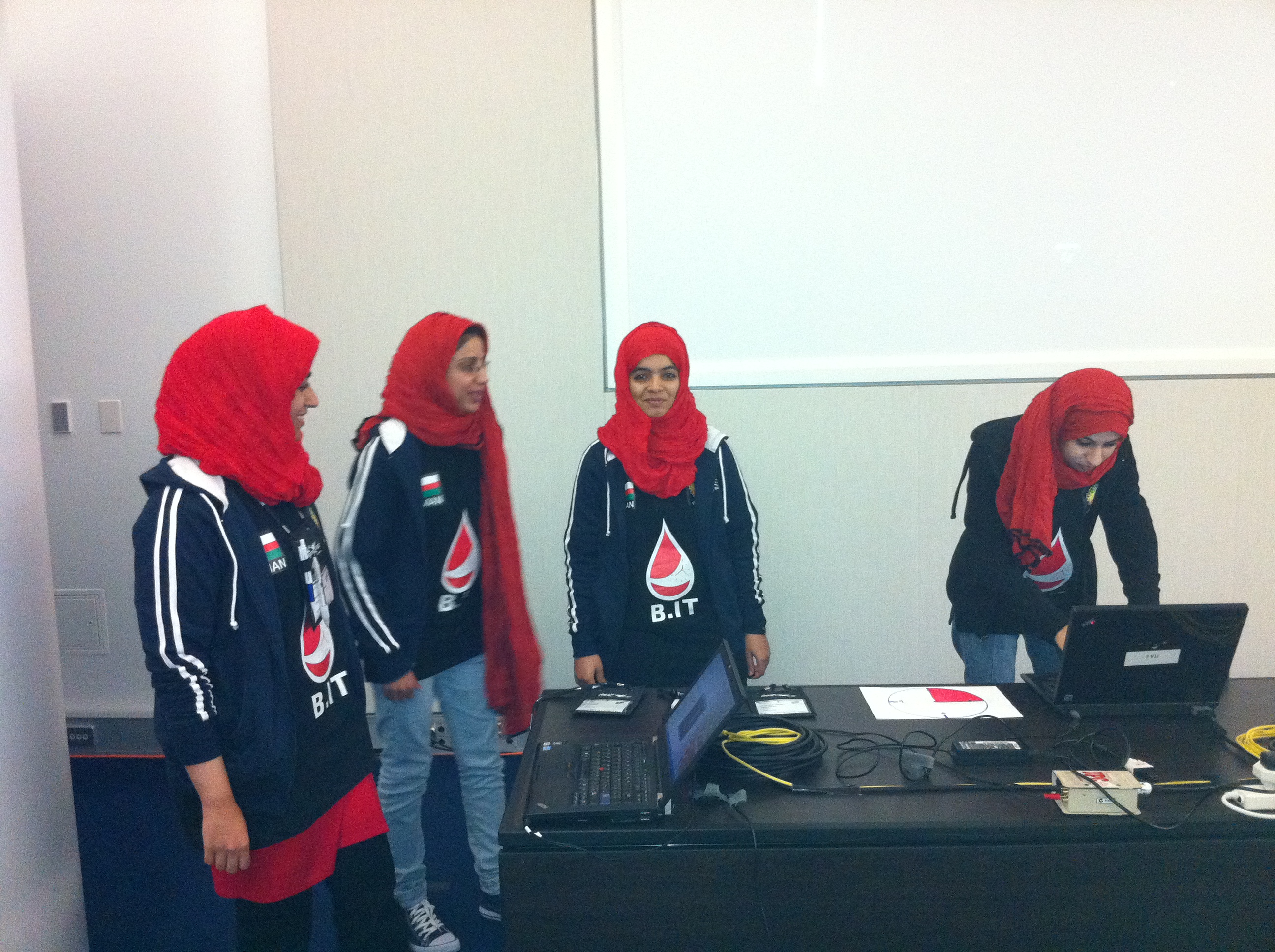 For the past several days I have been in Sydney as one of the judges in Microsoft’s annual student software contest called the Imagine Cup. This is the tenth year of the event that brings together several hundred mostly college students from around the world. I got to see dozens of presentations and talk to dozens of other geeky kids. To say that I was in my element is an understatement. It gives me lots of hope for our youth.

The kids had to write apps that were around a theme of “imagine a world where technology solves the world’s toughest problems” and they didn’t shy away from tackling many of them head-on. There were more than five different apps to try to help blind people navigate their neighborhoods, and other apps dealt with poverty, hunger, health, and the environment. Each team had to prepare a pitch video for the initial judging round and then do an in-person presentation and demo of their technology.

This year’s competition was a fifth female contestants, and I got to see several all-women teams from Oman (pictured here), Qatar and Ecuador. That gives me a lot of hope: back when I was in engineering school, the women could be counted on one hand.

Some of the projects were very elaborate, using Kinect sensor data being fed to some cloud-based service and being controlled from a smartphone. Others were fairly traditional software projects. Of course, Microsoft encourages the teams to use the broadest possible selection of its own software tools, and there are different contests for general software development and gaming and phone-based projects. The gaming judges had a tough assignment: they actually had to spend time playing the games. I had to settle for Powerpoint and demos with my teams.

Part of my job as a judge was to make sure that the demos actually were working code. For those of you that have ever demo’ed something to me, you know I like to kick the tires and pull wires to make sure that the stuff is real. I was very pleased with one team, when I noticed they were running it from a local Web server, brought up their code to show me that they had done the work, they just didn’t trust the local Internet connection to give them the bandwidth they needed. That was delicious.

Many of the teams didn’t really understand the business context judging requirement: talking to old hands who have been to prior contests I found out that the Imagine Cup rules see-saw back and forth between technical and business achievements. But then others got some of the business flavor almost instinctively, as you see in this photo of the Omani all-girls team. The red head scarves are coordinated with the logo on their shirts and their logos on their slide deck: all had to do with their blood bank software. I daresay there are few established corporations that could match that level of polish.

And given that kids came from all over the world, we got to listen to some very heavy accented English. I could tell that the best teams had their techie lead speak English. Those that relied on having a marketing person as the “face” (or better yet, voice) of the team had problems when it came time to answer the judges’ technical questions and had to lose time in translating them into the native language and then explaining the answers to us.

You could also see that the countries that have a longer history of educating their kids in English were doing better: Singapore, the Middle East, and parts of Asia. Given that the contest is held in English, this is no surprise. What I found interesting is that almost all of the engineering schools around the world have English classes. Even in China and Germany: one professor told me that “we have to be competitive and English is the universal language of software.”

Here are some pictures from Sydney and here is the link to the video submissions for some of the teams.