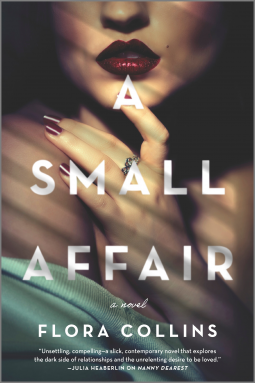 This was a difficult novel for me to get into for some reason. You don’t really know the four central women that are part of a very toxic and twisted relationship: Two are sisters, both interested at different times in the same man, one of whom she marries and is about to have her second child with when they are both found early on in the book dead in their house. The other two women are friends of the sisters at varying times over the course of ten years. One of them was the murdered husband’s lover shortly before his death, and is eviscerated by the press over that relationship. It took me several tries to get past the first couple of chapters before I could interested in the book, and then the plot thickens. We find out what happened the night of the murder, how the four were introduced, how their lives took various turns and how this novel is really the poster child for bad friendships and relationships. The venality of the women involved is breathtaking and fascinating — it is like watching a huge traffic pile-up on a snowy freeway — but the setting in the modern social media era where oversharing your life can lead to disasterous consequences rings quite true.