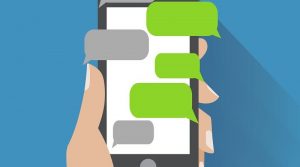 Back in 2006, I wrote various articles about the interoperability of instant messaging (IM) among various proprietary systems. Back then, we had the likes of AOL IM, Skype (before being acquired and perverted by Microsoft), Google Talk (before being perverted by Google into its Hangouts) and Apple’s iChat (before being perverted into iMessage). This was before WhatsApp and various Chinese products were even created and are now the default IM and telecom tools that are used by millions.

Back then, the major messaging tool was SMS. But in the US, it was only after 2000 when the various cellular providers could exchange messages across the different cellular provider networks. Fortunately, the EU had led the way in figuring out that their systems had to talk to each other, largely thanks to a single cellular standard that was then adopted around the world.

Today we have the beginnings of a new interoperability effort, once again being pushed by the EU digital regulators. This time it is under a new series of laws, one of them called the Digital Services Act. The idea is to force the various IM vendors into playing nice with each other. While the proposed EU regs haven’t yet been set, they are concerned about the concentration of power and market share by Facebook.

If the EU is going to solve IM interop, they will need to look at various dimensions, as I first defined them back in 2006:

Granted, that is a big ask. But if we are going for interop, we might as well stake out the territory.

Most of the products that I mentioned back in 2006 have changed significantly as I hinted at in my introduction. They were designed in an era when interop wasn’t even thought of as a possibility. The sad reality is that it still isn’t.

As I said, the genesis of today’s IM interop is simple: Facebook now owns everything, and it is time to make a more level playing field. What the capital markets couldn’t accomplish, we will now have government to the rescue. Does anyone think this is going to work? But don’t despair, let’s look at what is happening with Microsoft. Their Teams product has begun to move in the right direction by working with ways to interop with Webex video conferencing equipment. This is because Teams is playing catchup with Webex and needs to gain market share. Teams is also competing with IP telephony, but let’s put that aside for another blog post.

There are other ways around IM interop, and one way (which was attempted back in the early 2000’s) was to have multi-lingual IM apps. Two of them that are still around are:

They are still around largely because they have a dedicated crew of volunteer programmers willing to keep them current. Most of the other multi-lingual commercial products have gone by the wayside. Again, will EU regs help or hinder (or not have any effect) on this market? It will be interesting to watch these developments.

4 thoughts on “Instant Messaging interoperability is still a big ask”