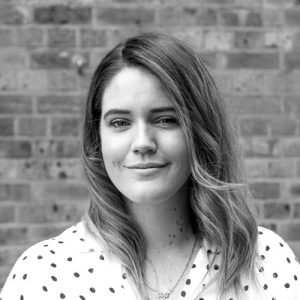 You probably won’t expect a series on appropriate use of technology to appear on the English Al Jazeera channel, but that is what I am going to tell you about in today’s post. I have been watching a lot more of their news coverage, looking for a place to obtain some “other” news than the continuing political fascination that our American stations offer up these days. So check out the series, entitled All Hail The Algorithm, where you can find links to the five episodes here.

The series is the work of Ali Rae, a British producer for the channel. She travels the world in search of algorithms that have gotten out of hand. While some episodes are a bit uneven, she does a great job of interviewing primary sources including  researchers, tech vendor representatives, and rights and privacy advocates to present a very interesting hour or so of TV.

The first episode is all about trusting the decisions encoded in algorithms. Rae highlights the Australian welfare system and how its algorithm disputed payments made over many years. Computers automatically sent dunning letters to thousands of citizens, called robo-debt.

The second episode, which focuses on Facebook’s abuses, is the weakest, and most of you have probably already read enough about troll farms which have harvested likes and retweets.

The third episode covers the abuse of social media bot networks and how bad actors, under the pay of various political parties, are flooding these networks with incendiary posts that literally enflame passions and have caused all sorts of trouble around the world. This one struck home for me: we have seen (to coin a phrase) the growth of intolerance of people on both sides – both liberals and conservatives – to try to block freedom of expression. Many of the resulting demonstrations and protests are generated by social media ads and misrepresentative posts.

The fourth episode is about the potential abuse of biometrics. The vast majority of British schoolchildren now have their biometric data recorded for easier access to their lunches and libraries. And the UN is using biometrics to make it easier for refugees to access food and money supplies in the camps. The issue here is that once you give up your biometric data, you have no control over how it is used, and more importantly, abused. While the UN representative interviewed in this episode says they are trying hard to prevent security breaches, it is only a matter of time. Actually, last week’s Biostar 2 breach is a good example of how this could go horribly wrong. Millions of users of their “smart locks” now have their biometric data leaked online, something they can’t easily change unlike a password or a PIN. As Rae points out, the biometrics tech is being developed faster than any regulatory efforts, and the lack of transparency by the biometric vendors is alarming.

The last episode is about UI designers, privacy policies, tracking cookies and informed consent. Again, for many of you, this has been covered extensively but Rae interviews a couple of sources that have a few new things to say.

Overall, I learned a few new things from the series and think it is worth your time to watch all of them. Take a gander at what Rae has put together and feel free to share your comments here.

1 thought on “Beware of algorithms”