Given that we are all at home, I was thinking the other day of some of my favorite museums that I have visited during better times. As long-time readers might remember, I am a big fan of the Henry Ford Museum outside of Detroit. I was reminded of all the treasures in their collection when the news broke this week that GE was finally selling off its light bulb division to  Savant, a smart home company. GE had this division for more than a century, and it had been losing money on it for several years.

The light bulb is an iconic product for the company that was founded by Thomas Edison. But the real innovation happened not when Edison came up with the initial invention, but about improvements to how they were made. Back in the 1880s, glassblowers were able to create a bulb every 30 seconds if they got good at doing them. Moving forward thirty years, engineers had developed machines that could produce perhaps ten or twenty bulbs a minute. But that wasn’t fast enough, particularly as electrification was growing quickly. 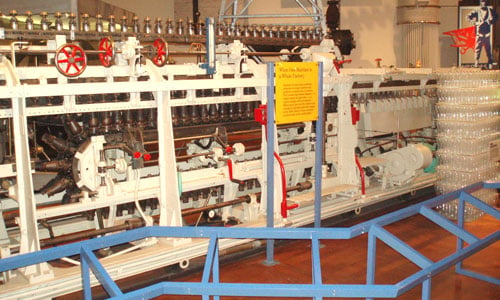 It took a master glassblower working with a mechanical engineer from Corning to come up with a truly novel idea. A heated ribbon of glass went through a machine that could stamp out hundreds of bulbs per minute. The resulting equipment literally replaced entire factories, and this is what is on display at the Ford Museum. (Parts of Edison’s Menlo Park lab are also on display there too.) Of course, this machine also put legions of glassblowers out of work.

A GE engineer would go on to invent the LED bulb in the 1960s, which was the eventual undoing of incandescent bulbs. Actually, there were LEDs before this time, but they only output infrared light. This invention figured out how to output visible light, and sixty years later we have LED bulbs that can output thousands of colors controlled from our smartphones, from Phillips and Savant, the company that acquired the GE lighting assets.

Check out some of these innovative LED designs that I came across online. And if you ever get the opportunity to visit the museum, you will find it a delight and well worth your time.

5 thoughts on “A brief history of lightbulb manufacturing”